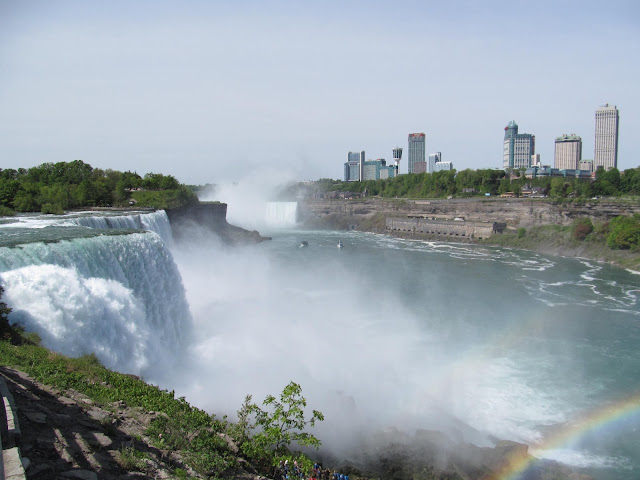 Arguably the world's most famous waterfall, or rather a set of waterfalls, Niagara Falls may not need much of an introduction, as it is a very popular tourist attraction in both New York State and the Province of Ontario, a destination of plenty of honeymooning couples, vacationing families and college students out for a good time for a weekend. Niagara Falls is also the site of many daredevil activities over the years, such as tightrope walking and going over the falls in a barrel. It is always nice to have a bit of a refresher, of course.

Niagara Falls is made up of two main waterfalls, American Falls (also known as Rainbow Falls), which is on the American side of the border and Horseshoe Falls (also known as Canadian Falls), where the border between the United States and Canada crosses. There is also a smaller waterfall on the New York side of the border, which is Bridal Veil Falls. The height of the waterfalls are impressive, with Horseshoe Falls measuring at 170 feet in height and American Falls being 180 feet tall, but the flow of the waterfalls is more impressive as the water works its way down the Niagara River on its way from Lake Erie to Lake Ontario. However, the majority of the water from the Niagara River is diverted for power generation, which is impressive when you think of it.