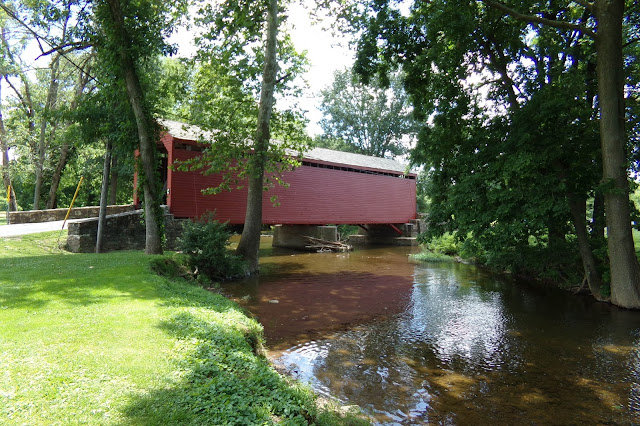 The Loys Station Covered Bridge is on Old Frederick Road, just south of MD 77, east of Thurmont in Frederick County, Maryland. While the bridge has been structurally modified and rebuilt, the bridge's original timbers remain throughout the 90 foot long structure crossing Owens Creek. It features a multiple Kingpost through truss design. Some accounts indicate that the covered bridge was built around 1885, other accounts pin the bridge as having been constructed in 1848.

On June 27, 1991, a pickup truck was set on fire while inside the covered bridge as part of an insurance fraud scheme. The Frederick County Covered Bridge Preservation Society fought to have the bridge built to its original all wood structure. However, the Maryland Historical Trust and Frederick County officials argued the bridge should be built to its 1930s specifications when the steel beams and center pier were added for reinforcement. It took three years before the rebuilding effort was completed, along with local fundraising that helped support the reconstruction of the beloved bridge. While the bridge could not be rebuilt to historic authentication, the reconstructed covered bridge included the use of original hardware, rafters and braces from the burnt bridge. Reconstruction included interior lighting and fire-retardant materials with the total reconstruction cost totaling nearly $300,000. Much of the cost was paid for by Frederick County's insurance company, who sought restitution from the two men eventually convicted of the arson and fraud crime. On June 7, 1994 a crane hoisted the trusses into place. On June 25, 1994, a celebration of the bridge rebuilding was held and on July 4, 1994 the bridge was officially opened to vehicular traffic.
In 2011, The National Historic Covered Bridge Preservation Program awarded a $176,400 grant to Frederick County for repairs to the Utica Mills, Roddy Road and Loys Station Covered Bridges. Frederick County kicked in another $44,100 to bring the total funding amount to $220,500. In the spring of 2015, the Loys Station Covered Bridge received an application of interior fire retardant and a fresh coat of much needed exterior paint, which will hopefully make the covered bridge last for years to come.
There is a small park by the name of Loy's Station Park adjacent to the covered bridge. Park amenities include fishing, grills, picnic tables, picnic shelter, horseshoe pits and play equipment, along with the passive recreation afforded by being next to a splendid covered bridge. I visited the covered bridge during a trip to Maryland and thoroughly enjoyed my visit. 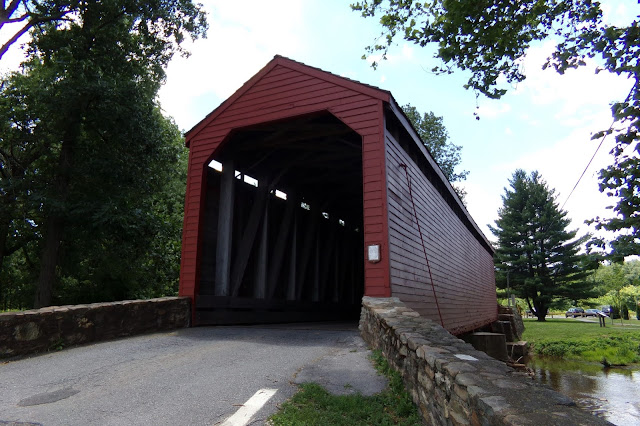 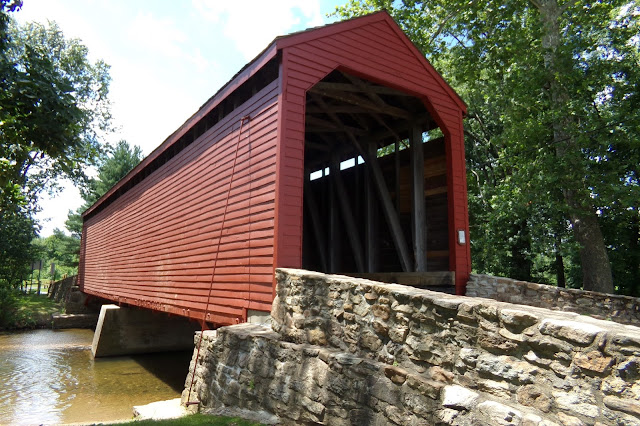