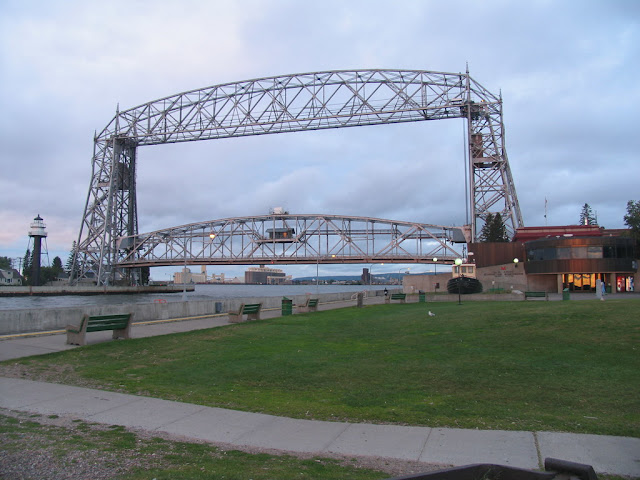 The Aerial Lift Bridge is one of Duluth's most famous and well known landmarks.   The 115 year old vertical lift bridge spans across the Duluth Ship Canal and connects the mainland with Minnesota Point.
Overall, the superstructure of the bridge has remained the same from when it opened in 1905.  However, the original bridge used a gondola to carry passengers, freight, wagons, and even cars over the canal.  Called the Aerial Transfer Bridge or Aerial Ferry Bridge, the gondola like car was suspended over the bridge via cables from the top truss structure.  The crossing took about a minute.
As the popularity of automobiles grew, the gondola ferry system of the bridge grew obsolete.   In 1929, a bridge deck was built to carry automobiles and allow pedestrians to cross while the top span was lifted higher in order to allow large ships through the canal.  When fully raised, the roadway span of the bridge is lifted 135 feet.   The bridge span's length is 390 feet.
The bridge was added to the National Register of Historic Places in 1973 and has been rehabilitated four times since 1986. The bridge is lifted on average 26 times a day.
Capturing the bridge while in operation is an amazing sight, and I was lucky to witness it in operation around sunrise on an August morning in 2006.  The slow and deliberate rise of the main span, followed with the loud blows of ship horns, and the amazing size of a Lake Superior bound freighter is impressive. 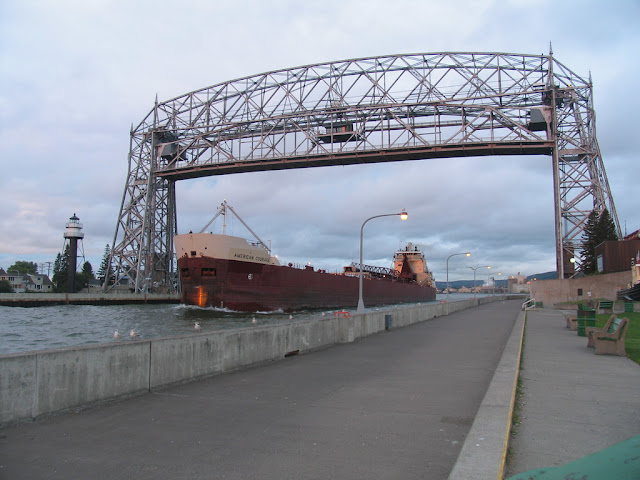 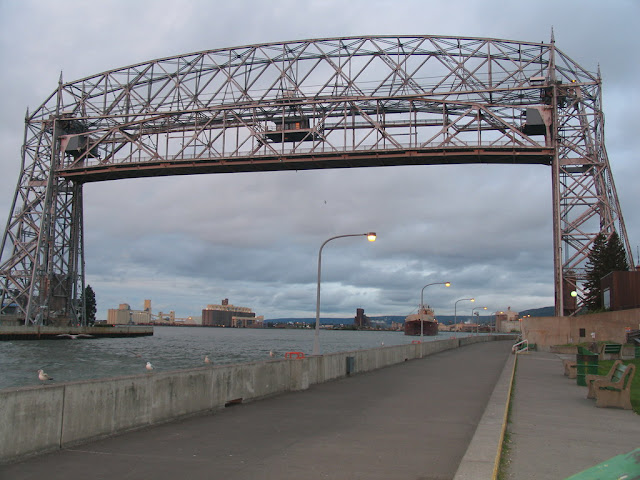 All photos taken by post author - August 2006 unless otherwise noted.
Sources & Links:
Where To Find It: