By Doug October 03, 2019
I recently took US 2 across Washington State from Leavenworth to Spokane, but decided to make a detour up to the Grand Coulee Dam. The detour took me up WA 155 from Coulee City along Banks Lake to Grand Coulee, through a place where roads meets epic geologic history. WA 155 is part of the Coulee Corridor National Scenic Byway, boasting quite a number of scenic views as it goes through the Grand Coulee. 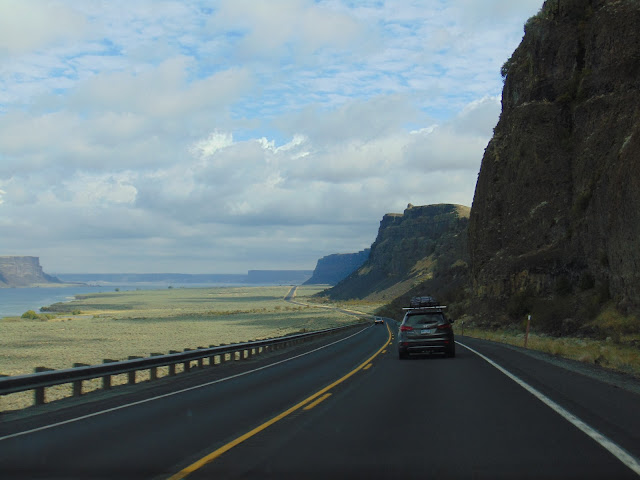 The story of this stretch of land begins a long time ago, during the Ice Age. There was a large ice sheet known as the Cordilleran ice sheet that covered western Canada, as well as portions of Idaho, Montana and Washington State. Towards the end of this glaciation, about 12,000-15,000 years ago, a large ice dam blocked the Clark Fork River in the Idaho Panhandle, creating Glacial Lake Missoula. Glacial Lake Missoula was a massive lake 2,000 feet deep, filling the valleys of western Montana, stretching more than 200 miles. At its maximum height and extent, the lake contained more than 500 cubic miles of water. Every so often, the ice dam would fail, resulting in a large catastrophic flood, rushing across northern Idaho and eastern and central Washington, down the Columbia River, through the Columbia River Gorge, and finally poured into the Pacific Ocean at the mouth of the Columbia River.

Thundering waves and chunks of ice stripped away hundreds of feet of soil, carved  mountainsides into deep canyons, or coulees, into the underlying bedrock, deposited giant ripple marks, created the Channeled Scablands of Eastern Washington and carved the Columbia River Gorge. When Lake Missoula burst through the ice dam and exploded downstream, it did so at a rate 10 times the combined flow of all the rivers of the world and at speeds of about 65 miles an hour, draining in as little as 48 hours. This towering mass of water and ice literally shook the ground as it thundered toward the Pacific Ocean. Grand Coulee, along with Dry Falls and Palouse Falls were all were created by these flood waters.

Today, the flooding is over, but the evidence of the Missoula Floods remain. WA 155 travels alongside a canyon that was once one of the channels of the Columbia River during these floods. It makes for a nice and memorable drive as the road meanders along the east bank of the 27 mile long Banks Lake and passes by Steamboat Rock State Park. Let's take a ride now, shall we? 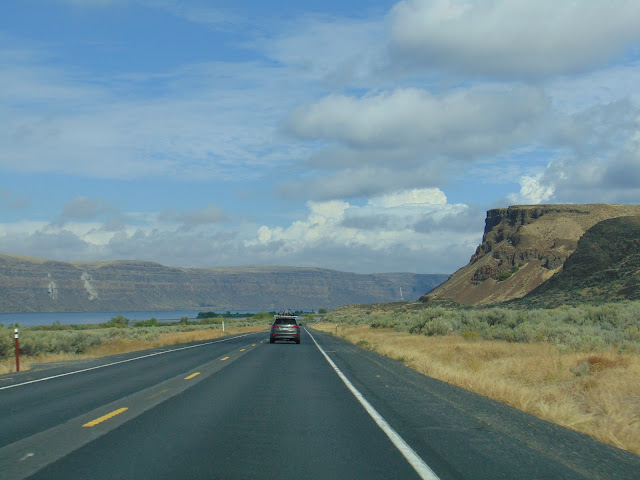 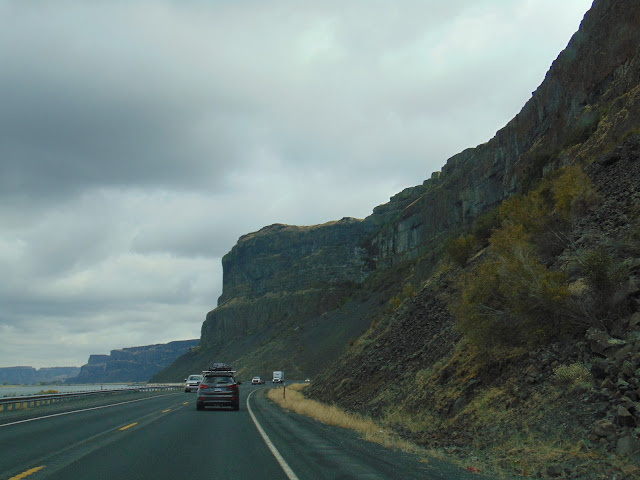 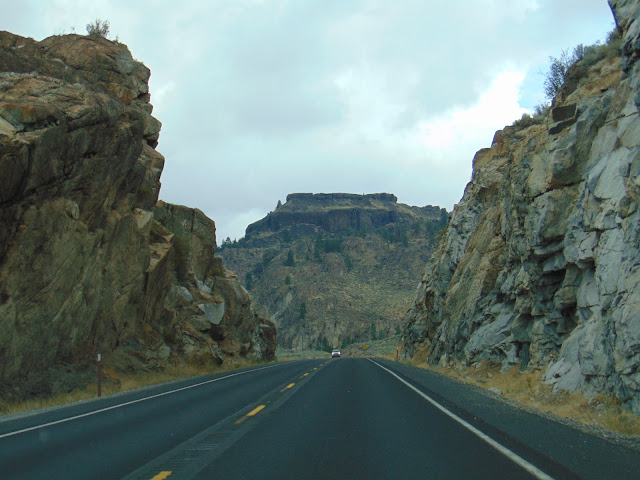