By Adam May 29, 2012
Vermont 100 was a lot of fun, but maybe the part of our second day drive that we enjoyed the most was through New Hampshire.  I'm not sure if it was the encroaching fog as nightfall grew or the more dramatic nature of the surroundings.  But our brief time in New Hampshire was certainly a highlight.

For photos from this part of the trip head here.

We wanted to stop at the I-93 NH Visitor's Center...but it was closed for the season.  However, at the exit we came across an older font styled I-93 shield. 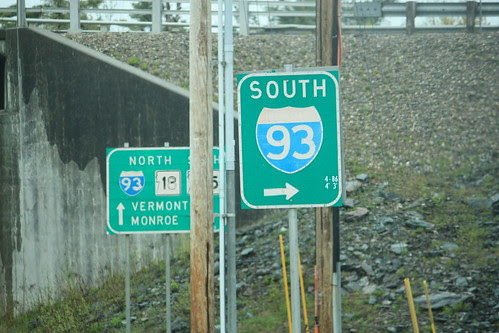 A few miles later we would exit onto US 302 East.  A quick stop in Bethlehem found us this cast iron sign. 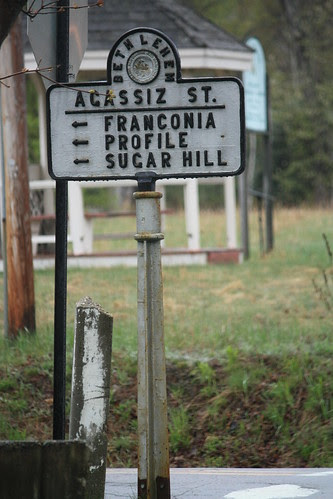 Just east of town on US 302 - we came across a great old abandoned truss bridge known as the Pierce Bridge. 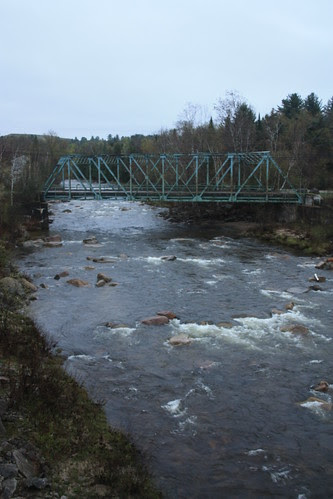 I remember this bridge from my first ever trip to New England in October 2003 but I wasn't sure if I had it confused with a bridge further west near the Connecticut River.  Seeing this bridge again was a pleasant surprise and it made for some great photos. 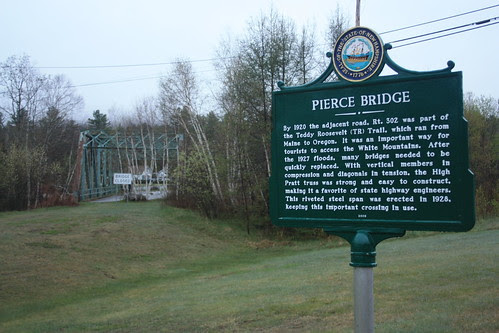 The bridge was built in 1928 and when I first came across it 2003 I believe it was just recently abandoned. 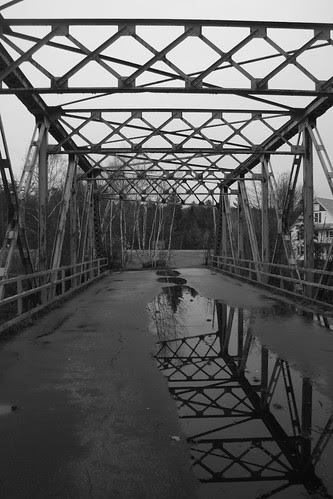 The fog and approaching nightfall set upon the White Mountains just made for some great photos. 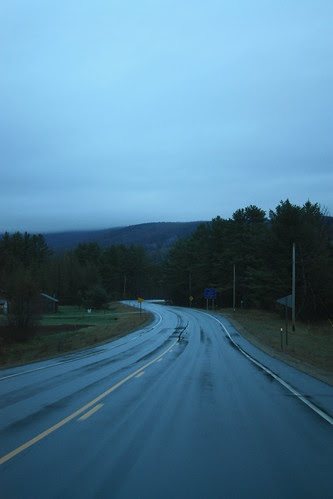 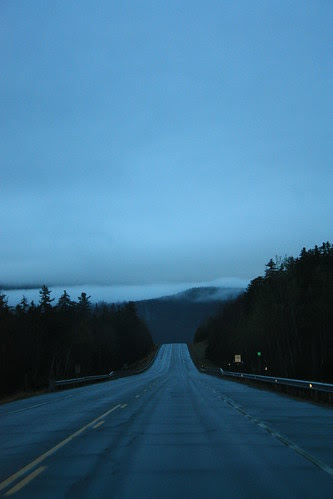 It was definitely more of a rugged look than what we had seen in Vermont.

However, my favorite shots came from Crawford Notch.  Here US 302 and tracks from the Conway Scenic Railroad travel through the notch.  And on a foggy evening - it made for some dramatic images. 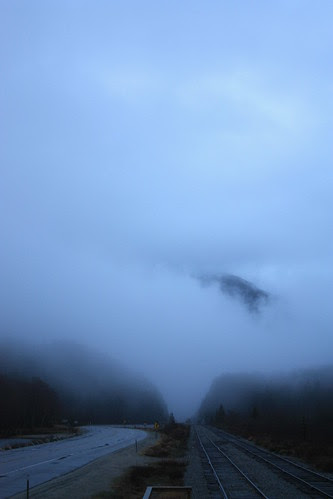 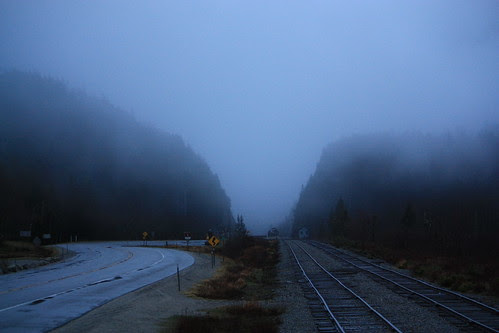 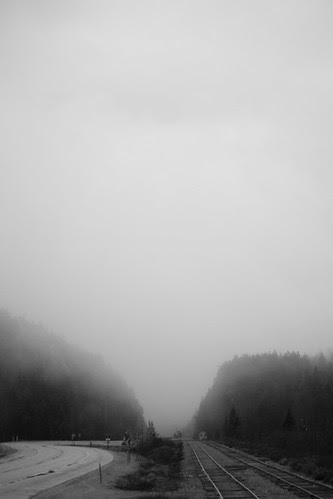 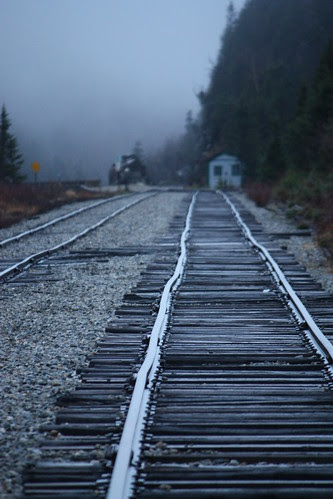 From there darkness took over and we settled in at our hotel in North Conway.  The fog and overcast conditions ruled the day, would Day 3 in Maine have the same weather.  Find out in the next few entries!