By Adam March 06, 2012
Last month, I traveled to Upstate New York for a curling bonspiel.  Basically, a curling bonspiel is a curling tournament.  The tournament - the Frances Dykes Memorial - was held in Utica, NY.  Our Triangle team finished 1-3, and it was a great time and great experience for me.  If you want to see some photos from the bonspiel, head here.

Photos from the two small side trips are on flickr.

One of the best things about taking a roadtrip in an area that you haven't really explored is that you can find a lot of interesting items at every turn.  This trip was no exception.  I didn't really have a chance to explore much of the area west of Schenectady when I lived in New York.  So when on NY 10, i came across this church in Stone Arabia - I had to stop. 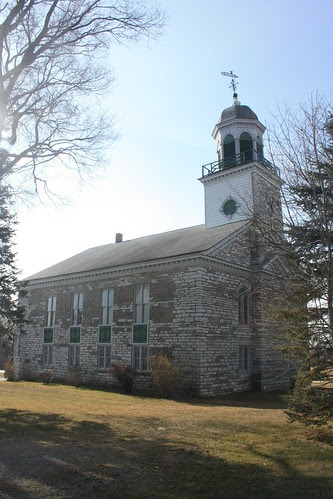 And I am glad I did, the Dutch Reformed Church was built in 1788 and held services until 1990.  It was added to the National register of Historic Places in 1977.

Stone Arabia was also the site of an October 1780 battle during the Revolutionary War.  A band of British Raiders led by Sir John Johnson defeated American militiamen led by Colonel John Brown.  The Americans were defeated and Brown died in the battle.  He is buried near the church.

Further north on NY 10 in the community of Ephartah is Saltsman's Hotel. 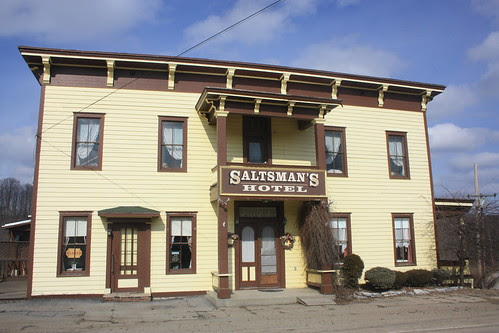 The restaurant has been around since 1813 and is one of the oldest continually operating restaurants in Upstate New York.  The guest register includes the signature of Franklin D. Roosevelt, Nelson Rockefeller, and other dignitaries.

At NY 29, we headed west towards the hamlet of Salisbury Center - where an unplanned surprise appeared. 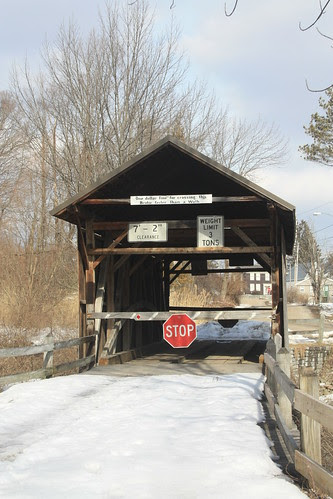 The Salisbury Center Covered Bridge was a pleasant surprise.  The 50' kingpost bridge over Spruce Creek was built in 1875.  Though it was closed when we came across it, the bridge is open to traffic in the non-winter months.

The next day - Mark and Jennifer Sinsabaugh, John Krakoff, Doug Kerr, Steve Alpert, and Anthony Costanzo came out to watch us curl and then we headed out on a road trip.

Our first stop was in Whitesboro, NY and I'll let the next two photos explain why. 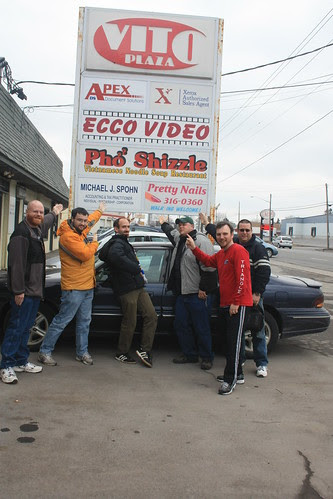 Sadly, Pho Shizzle is out of business.  We explored the Utica area a little bit - and found some button copy signs. 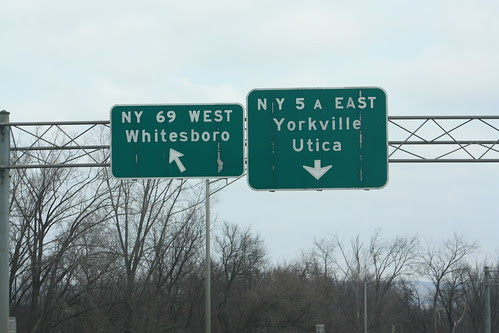 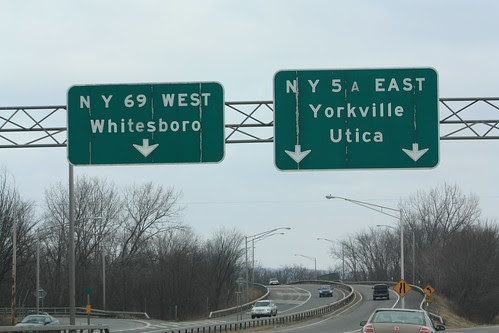 From there is was up NY 12 to Boonville - where we got out and walked around. 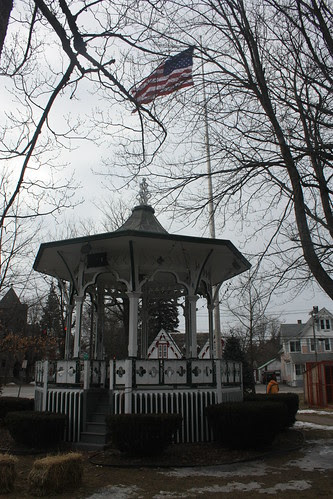 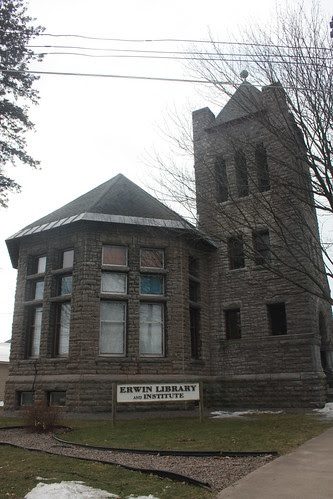 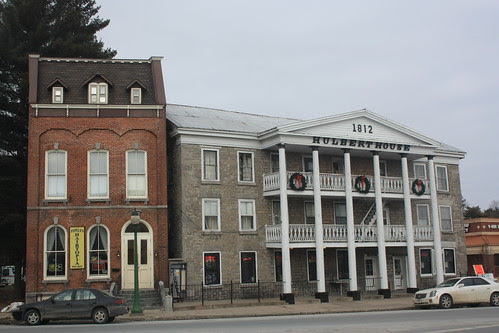 All in all, it was a nice trip.  I do wish we could have curled better and that those that came out to watch us would have gotten to see us play a full game.  Our game Saturday was at 9 am, they were able to see the last three or four ends of the match.

It was great to get back to an area you haven't been to in over five years.  There are a lot of differences between New York and North Carolina, but you learn to appreciate and enjoy the differences and the uniqueness of each state.  And if there is one thing I enjoy the most about roadgeeking is the opportunity to explore so many different parts of the country - because you really never know what is just around the corner.