Winter in the Laurel Highlands

By Adam December 28, 2009
When most think of roadtrips, most think of the long haul, multi-day, cross-country treks. But some of the best trips are right in your backyard. (Or in this case my parent's backyard.)

On Christmas Eve, I spent five hours on a loop through Pennsylvania's Laurel Highlands. I never really had the chance to explore this area growing up. So at 11 am, off I went.

One of the first things I noticed was this well preserved former theatre. The Karolick Theatre which opened in 1921. 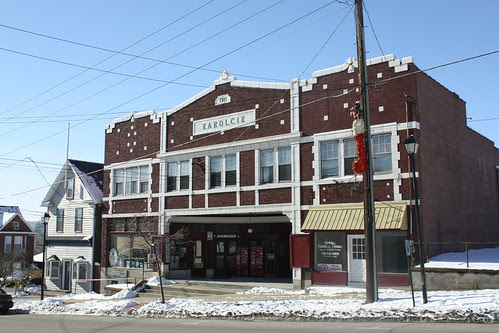 It appears that the building housed other businesses as well. 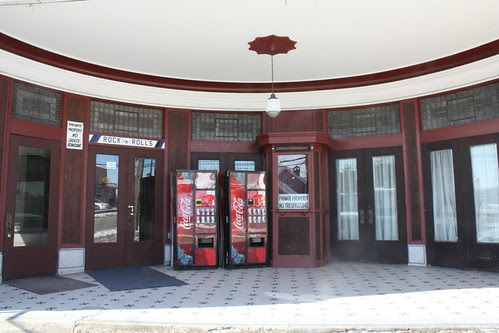 In a lot of these older Western Pennsylvanian towns, you can find old signs. And Perryopolis is no exception, like this embossed Stop Sign in Washington Square. 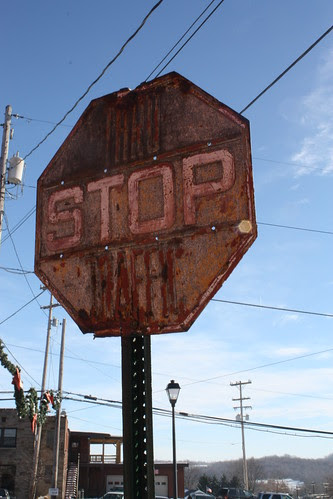 Just outside of downtown is a beautiful Byzantine Church - St. Nicholas. 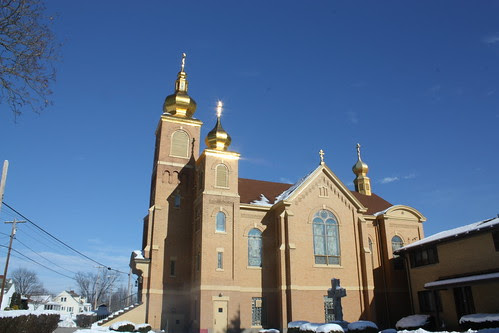 And while I was taking photos...guess who showed up to say hello...Why Santa himself! 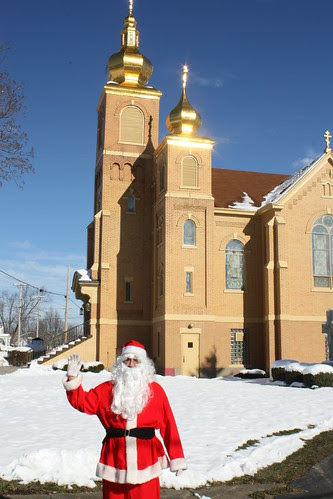 From Perryopolis, it was just a short drive down PA 51 to Route 201 and I followed that road east towards Connellsville. There PA 201 ends and PA 711 continues. I stayed on 711 to PA 653 in Normalville and would follow PA 653 (for the first time) east towards US 219.

I wasn't really sure what to expect...but down the road aways was two covered bridges. The first, Barronvale, is about a mile and a half off of PA 653. It was, and is, certainly worth the detour. 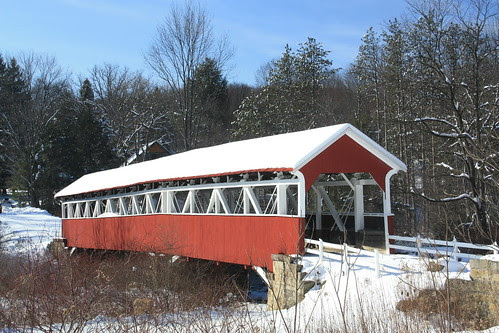 Covered bridges are made for snow scenes. 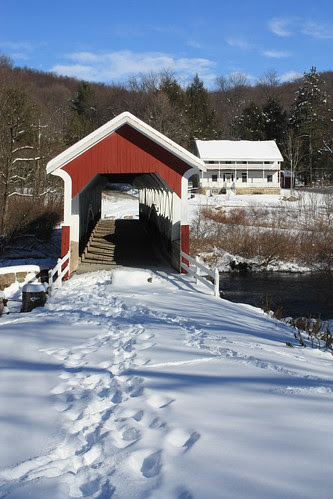 If you don't want to take the short trip to the Barronvale Bridge. You don't have to leave PA 653 to see the restored King's Bridge. 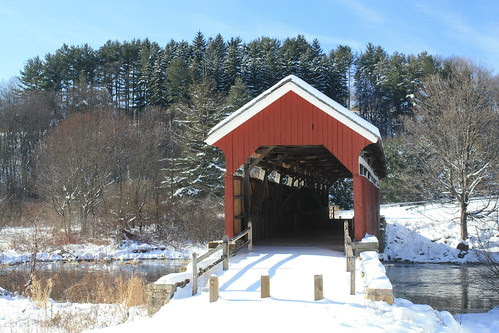 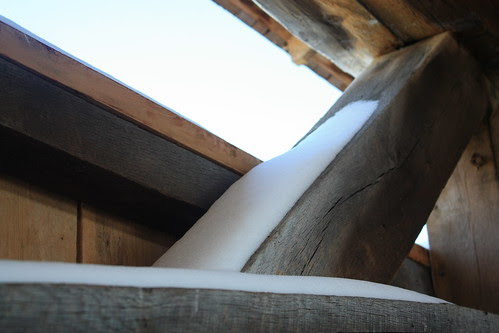 Once I got on US 219, I head south and took the business route through Meyersdale. In Salisbury, I turned right onto PA 669 to head into Maryland. However, signs directing you to Mt. Davis - the highest point in Pennsylvania - caught my eye, and I took a detour.

Now, Mt. Davis isn't high at all - and at 3,213 feet about sea level - it's quite honestly not that impressive. 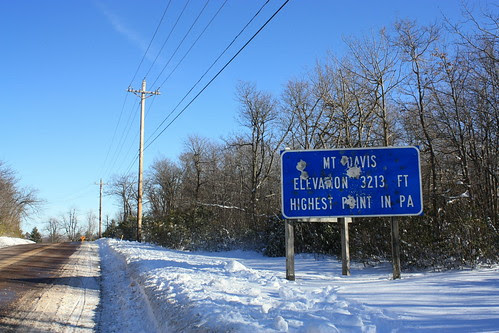 But it was what I found on the side roads to and from Mt. Davis that made it worth while. 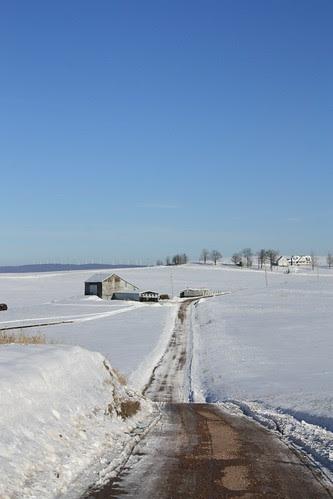 While taking the shot above, down came an amish buggy. The detour was well worth it. 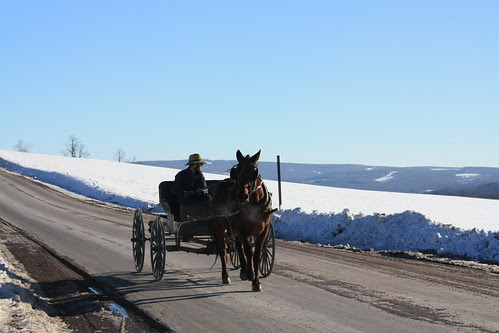 A gorgeous church in St. Paul's: 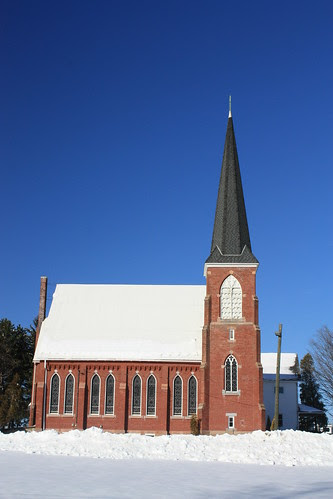 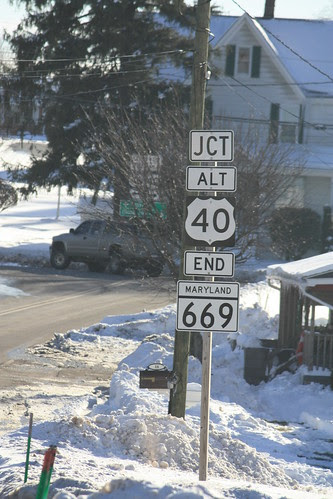 From there it was onto ALT US 40/US 40 and back into Pennsylvania. I took a quick detour into Addison to get photos of the National Pike Toll House. 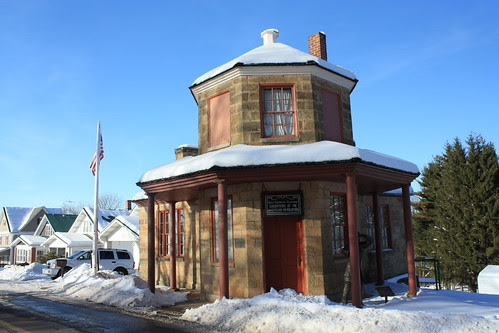 From there it was back towards Uniontown on US 40 West and then up 51 north home.

Unknown said…
As always, you have wonderful pictures!
9:37 AM