By Adam August 09, 2008
The photo hosting site Flickr coined Friday, August 8 as another 24 hours of flickr day. And using it as an excuse to take some photos, I headed out after work yesterday to take some pictures. I had a few ideas in mind, but I decided to check out Old NC 75 aka Old Oxford Highway which were predecessors to US 15 in the area.

I'm glad I decided on this trip, and you'll see why soon.

For the entire photo set (71 in total) , head over to flickr.

Not long into the journey, I had my first photo opportunity. An old Country Store just outside of the Durham City Limits. 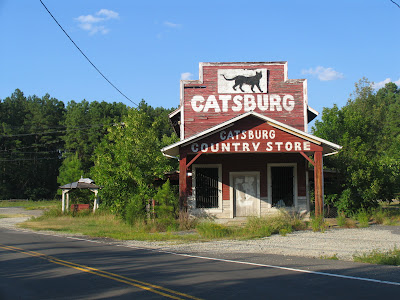 I have a feeling fellow Surewhynoter, C.C. Slater, will enjoy that picture. This was the photo I used for the Flickr 888 Pool. (You were only allowed to enter one photo into the pool.)

Now the big surprised happened a number of miles later, the highway crossed a small creek and I looked to my left to see an old Pony Truss Bridge. The bridge is excellent shape, it's blocked off but easily accessible, and I spent a good 15-20 minutes there taking photos. 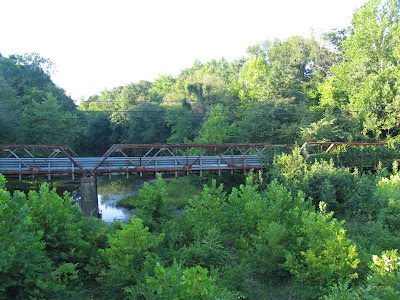 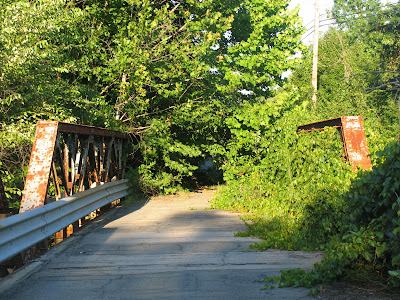 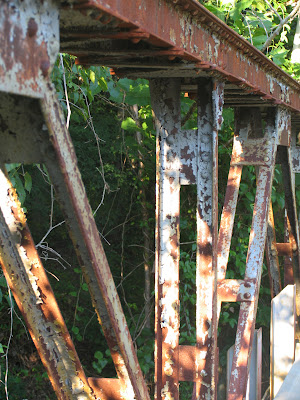 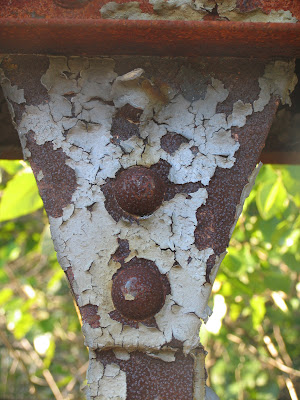 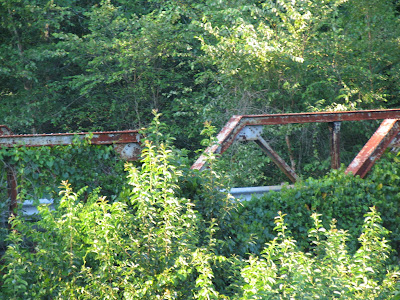 Next was a small stop in Stem. It is possible that Old NC 75 diverted briefly into Stem along Tally Ho Road and then Church St. 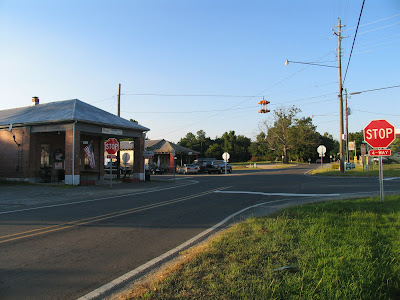 That folks is Downtown Stem on Tally Ho Road. Old NC 75 is about a 1/4 mile to the left over the railroad tracks.

I've never seen North/South signs for secondary roads and street blades done like this in North Carolina until this trip. 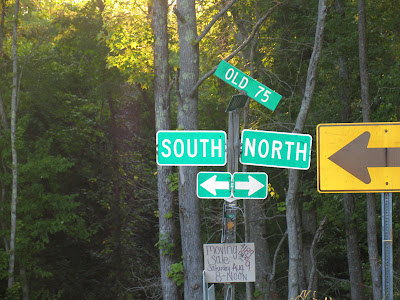 Later in the small community of Providence were a few examples of why I roadgeek and why I like the small backroad trips the most. 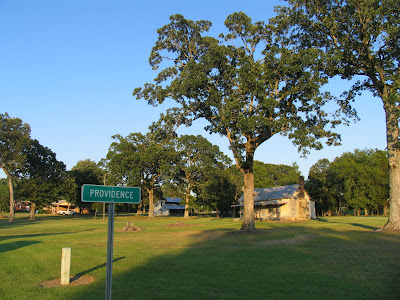 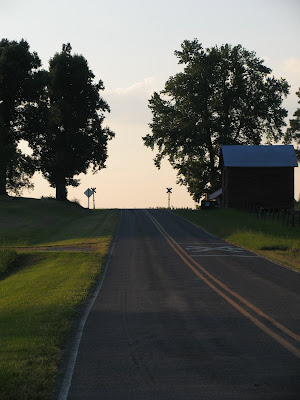 You don't find backdrops like those on the Interstate. 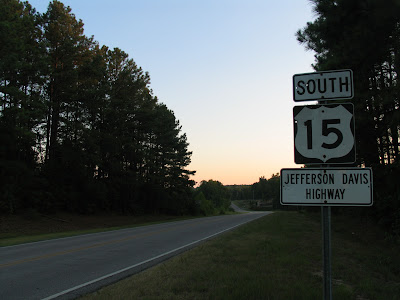 Overall this trip took slightly more than two hours for all of 75 miles. However, what I saw and found over the two hours is almost always more than you can find on your run of the mill Interstate during the same time period.

Bob Malme said…
There were several 'Jefferson Davis Highway' signs at one time along the 15-501 bypass after the Morreene Road, NC 751 and Cornwallis Road interchanges when I first drove the road in the early 1990s. When new signs were put up along the entire route and exit numbers added in the mid-90's the highway name plates disappeared in favor of the 'To I-40' or 'To I-85' signs. The one remaining sign was northbound following the NC 751 exit where the old 15-501 assembly was not removed. While the assembly is still there, the JDH sign disappeared from underneath it about 1-2 years ago.
5:37 PM

Anonymous said…
They're probably not there anymore, but there were definitely some Jefferson Davis Highway signs on Columbia Street in Chapel Hill (which was US 15/501 Business at the time) when I was in college.
6:33 PM