By Adam July 29, 2008
Kristy and I went to Cape Lookout National Seashore and Beaufort on Sunday. It was a nice day trip. For me, it was the first time to Harkers Island and Cape Lookout even though I have been to the area numerous times. We both love the town of Beaufort so it was a fitting day.

Cape Lookout National Seashore is awesome. We didn't have all the time in the world to spend there, but we spent enough to know we want to come back. There are numerous passenger ferries to various parts of the shore - Core Banks, Shakleford Banks, Portsmouth Island etc.

We took a passenger ferry over to the Core Banks and the Cape Lookout Lighthouse. It was about a fifteen minute ferry ride, and it cost $10 round trip. Most ferries you tell them what time you want picked up, and that's your return trip.

As I said the beach there is amazing. As is the light house - here are a few favorites: 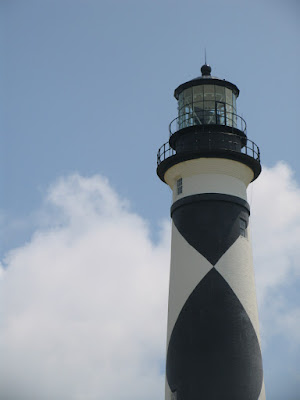 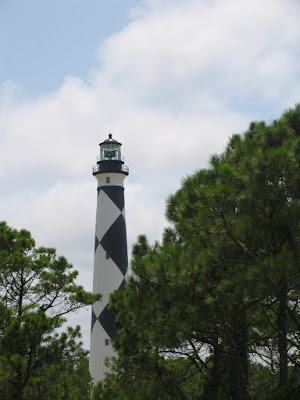 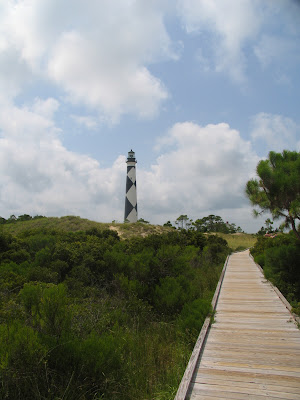 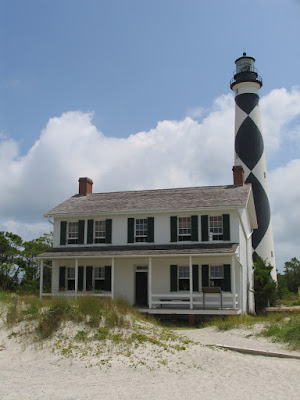 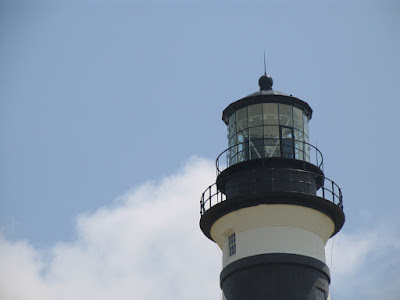 The beach on the ocean side of the banks was amazing. 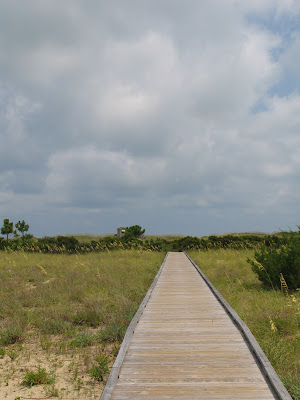 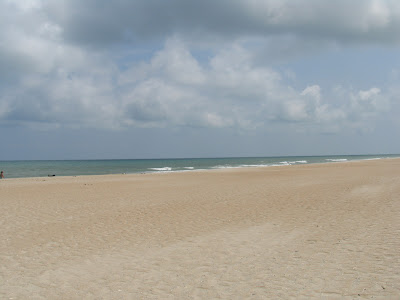 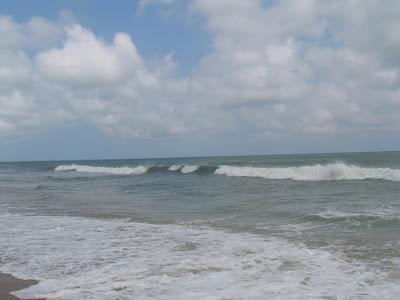 For the fall vacation this coming October, a day or two will be spent here!

Next was Beaufort - which was the seaside town that caused me to fall in love with North Carolina in 1990. 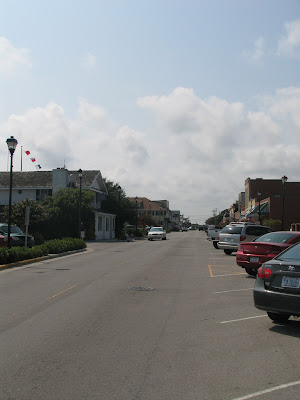 Beaufort-by-the-Sea is a charming small seaside town full of history. From pirates and shipwrecks to century old homes and graves, Beaufort has an unlimited amount of stories to tell.

One of the amazing places in Beaufort is the Old Burying Ground. Graves of Revolutionary War and Civil War soldiers along with prominent families of years gone by are buried here. 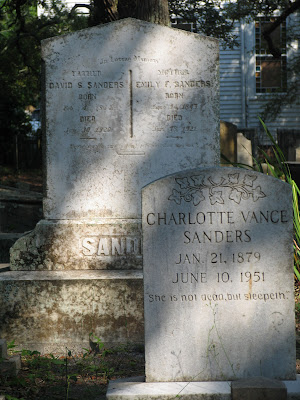 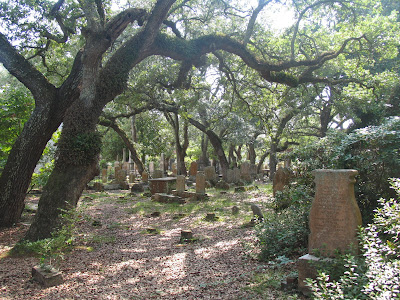 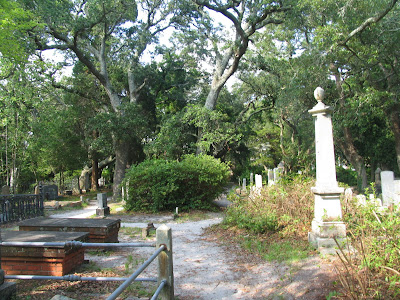 Beaufort and Cape Lookout is an awesome destination for a day trip or a weekend or even a week's vacation. North Carolina's has an in-state tourism campaign that has a theme titled "Discover the State You're In." Well for both us this weekend, we certainly discovered and enjoyed one of North Carolina's biggest treasures and we plan to go back as often as we can.

Anonymous said…
Hi Adam,
Just got back from my trip to PA, those pictures came out great! Steph and I were at Cape Lookout in October 2001 on our honeymoon, beautiful area.
Take Care!
JPI
10:10 PM