By Adam October 10, 2006
Sunday, I headed out towards and through Southern Vermont and New Hampshire. I really had no set plan but to get at least as far east as Strafford County. Which I did. It was one of those trips where you don't rush to see everything or as much as you can, you enjoy what you actually do see. Most of my trips, I try to take that approach. The main route through Southern Vermont is Highway 9, and there were plenty of good photo spots along the way. 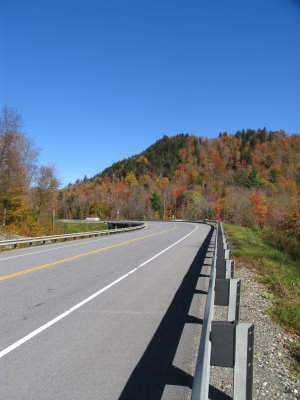 There were plenty of other photographers out, and one thing came to mind, a tripod. I spoke briefly with a couple that was taking photos, and the man said he always has it with him because it's a lot steadier than handheld. So when I got home Sunday night, the first thing I did was put my tripod in the back of the SUV.

There are a few old alignments of Vermont 9 and this one near Wilmington ran against Harriman Reservoir. 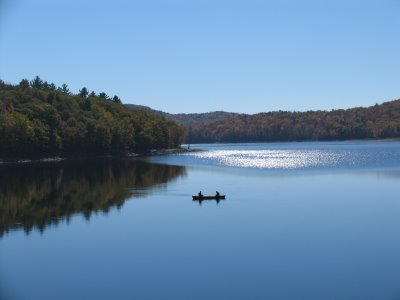 One thing about uploading photos to this blog is that when you click on the photo to go to the larger image. It doesn't quite reach the size of the original photo. So appologies in advance for any distortions. Wilmington was already full of visitors with people lined up to eat at a local cafe. Remember the Chelsea Royal Diner that my parent's and I stopped at not that long ago in West Brattleboro, well here's a photo of the neon sign for it. 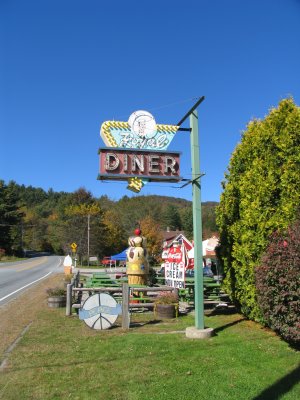 Crossed over the Connecticut River into New Hampshire. A nice treat in that the original Tied Arch Truss Bridge stands next to the newly built one. The old bridge has been converted into part of a local bike path and walkway. It's best to access it via the N.H. Liquor Store parking lot. 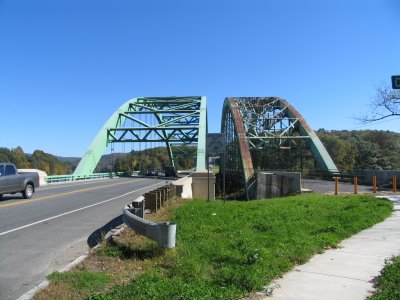 I'm standing in Vermont looking into New Hampshire. The older bridge (on the right) was built in the 1930s and received the Class C Annual Award of Merit for Most Beautiful Steel Bridge from the American Institure of Steel Construction in 1937. Took a small detour on NH 9A through Spoffard Village. Little did I know, that NH 9 runs along Spofford Lake. Reminding me of my times learning how to sail in Oriental, NC, the lake had a number of sail boats docked. 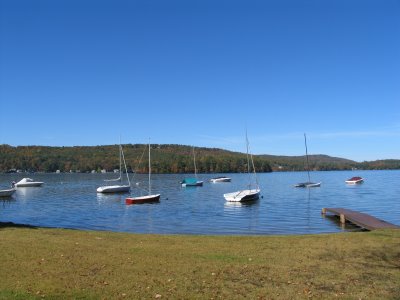 At Keene, I picked up NH 101 and continued East. Stopped too many times to remember how many. Although, I spent a good bit of time walking around Dublin. 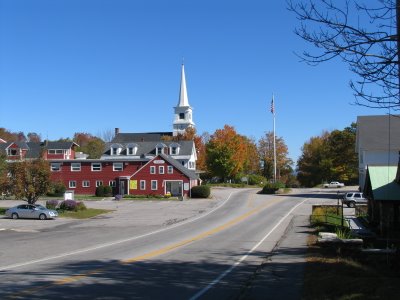 I would follow NH 101 around Manchester to NH 125 in Epping. There I took Highway 125 north to US 4 where I began the return to Albany. Bounced around I-393, I-93, and I-89 until I reached US 202 and NH 9. There I took the route back towards Keane. US 202/NH 9 is a great drive. It's pretty much what highway-folks call a super two. That is an access controlled two lane highway. So pretty much a two lane freeway or expressway. US 202 splits off near Hillsborough. 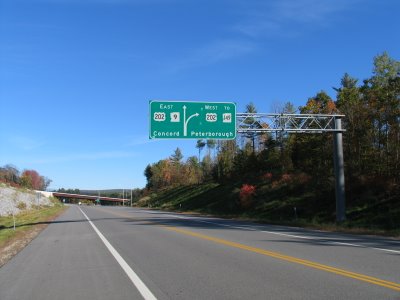 This is obviously from the opposite direction I was going. NH 9 through here is a great ride. As you get closer to Keene, there is a stone bridge located on your left. It was being rehabbed and I think a roadside park was also being constructed. 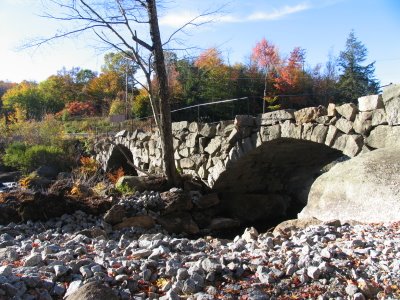 At Keene, I returned on NH 9 and headed back to Vermont. Just east of Wilmington, I took a small detour and headed South on VT 100. It was worth the detour. After bearing right at VT 112, 100 heads up the mountain side and acts like a highlands road until it descents down towards Whittingham and Readsboro. From Readsboro to VT 8 the road parallels a creek ro rivre that i am unsure the name of and the color even at this late hour of 6 pm (sunset is not that much after 6 this time of year in these parts) was great to see. ANd since it is Vermont, I close the photos with the token old sign photo from the trip....in Readsboro. 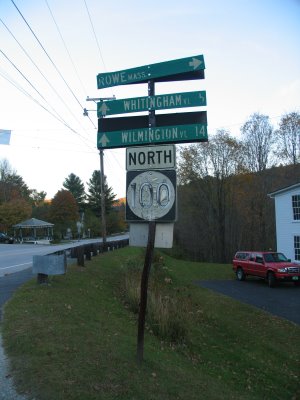 I would head North of VT 8 and return to head west on VT 9 through Bennington to the NY State Line where the road becomes NY 7. By then it was pretty much dusk and no other photos were taken.

A great ride, I don't think a cloud filled the sky at all this warm autumn afternoon, I took about 120 photos, and learned to always have a tripod in the back of the SUV at all times.

Anonymous said…
Don't I know the Connecticut River bridge crossing from VT to NH on state route 9. I'm up that way all the time! You'll notice the railroad bridge that was rebuilt at the same time a couple of hundred feet to the west (behind you in the picture), closer to the rotary at US 5 and the on-ramp to/from I-91 Exit 3.
8:19 PM