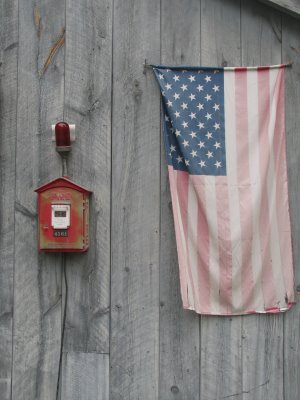 Last weekend, my parents were in town so on Saturday we went into Western Mass. Mom loves candles and the first stop I planned was the Yankee Candle Flagship Store in South Deerfield. We spent about an hour and a half there. The place is enourmous. Thre's a Christmas World or at least four different styles of Christmas World, a large toy store for kids, a general store, a cafe and coffee shop, and of course a bunch of candles.

Guys, if you live in New England or traveling through on vacation and want to take your girlfriend or wife or parents on a nice day trip. This is actually a great destination. It's right off of I-91 at Exit 24. Head North on US 5 for about a mile and it is on your left. Mom very much enjoyed it.

Next, we headed to Deerfield to find a place for lunch. Little did we know that Historic Deerfield is a New England version of Williamsburg with a lot of small town charm. Deerfield is a traditional New England town it's the home of the prestigeous Deerfield Academy, a top end boarding prep school. We ate lunch at the Terrace Cafe, which is on the grounds of the historic Deerfield Inn. The Terrace Cafe offers a cafeteria style lunch with giant sandwiches for only $4.95.

The town of Deerfield is full of many historic homes along a one mile street that is over 330 years old and to tour them it costs $14/person and the pass is good for two days. The pass alows you to tour many of the old homes, some are guided others are self guided. At various places with in town, you can see woodworking or cooking demonstrations or take a stop at the Carriage Barn. There a wonderful 91 year old man, who doesn't look a day of it, tells stories about carriages and farm equipment from the 17th to the early 20th century.

Most of the guided tours are on the hour by members of Historic Deerfield. Parking is easy, for the most part it is on either side of the sleepy town road. We spent about four hours there and saw nearly half of everything. Touring the town is certainly an all day visit.

We headed next to Saratoga Raceway by way of Vermont. Just west of Brattleboro on Route 9, we stopped for ice cream at the Chelsea Royal Diner. Try the Creamsicle Ice Cream Float...

The color on VT 9 through the Green Mountains appeared to be near peak. There was also a festival going on in Wilmington. We lucked out as it would begin raining just west of Wilmington straight to the racino.