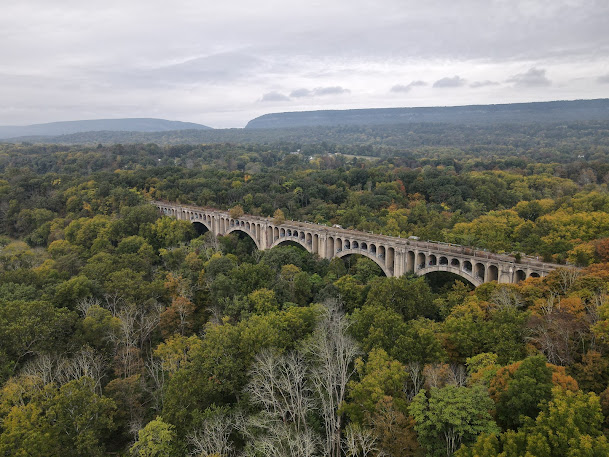 The early 1900s was a period of great expansion and construction when it comes to America’s railroads. During the period of 1909-1915, the Delaware, Lackawanna, & Western Railroad (or DL&W, or Lackawanna for short) oversaw the construction of four monstrous reinforced concrete bridges across northwest New Jersey and northeast Pennsylvania to serve its new Lackawanna Cut Off and Summit Cut Off tracks along the New York to Binghamton freight rail service. In due course, we’re going to discuss these four landmark structures, their local/regional significance, and how you can view & experience them up close (legally) for yourself.

We’ll begin near the town of Hainesburg, NJ and the Paulinskill Viaduct, located a short distance from NJ Route 94 a few miles east of Columbia. Built in 1910, this bridge spans the Paulins Kill Valley with an overall length of about 1,100 ft with a height of up to 115 ft above the valley floor. To help span the valley, it features seven concrete arch spans of 120 ft each. It was the largest reinforced concrete bridge in the world when built, surpassing its nearby counterpart on the Delaware River. Since reinforced concrete was not yet a widespread building material, this bridge’s construction made headlines within the global engineering community for its groundbreaking widespread use of the material. It has proven to be an extremely durable and strong structure that continues to stand the test of time over a century after being built.

The Paulinskill Viaduct carried rail traffic into the 1970s, when the line was finally abandoned and the bridge fell into disrepair. The train tracks and rail bed were removed in the 1980s and no other modifications have been made to the structure since. Plans are currently in the works to restore this bridge to its former glory be reinstating passenger rail service along the Lackawanna Cut Off as part of a proposed commuter rail line extension toward Stroudsburg and Scranton, however nothing appears to be imminent on that front at this time.

Long popular with urban explorers since its abandonment in the 1980s, this bridge is difficult to view in full from ground level – it requires legal aerial photography methods in order to fully take in the scale of this structure. Even so, mother nature has gradually overtaken this bridge in the past century with much of the structure now shrouded or hidden by the surrounding wilderness, which makes it difficult to appreciate the size of the structure in its expansive location. In response to the long-time problems in the area with trespassers, the New Jersey State Police is said to patrol the area on a regular basis. The most legal and straight-forward way to explore this bridge is to view it from Station Road a short distance south of NJ 94 in Hainesburg. The road passes beneath the structure and is home to multiple roadside interpretive signs outlining the history of the area and its signature bridge.

The photos you're about to look through below were all taken legally with the use of a quadcopter drone. Always remember to explore your favorite landmarks in a safe, legal, and responsible manner. 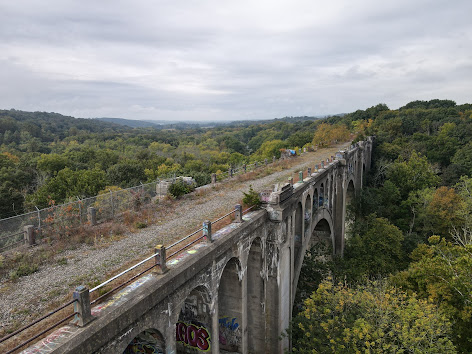 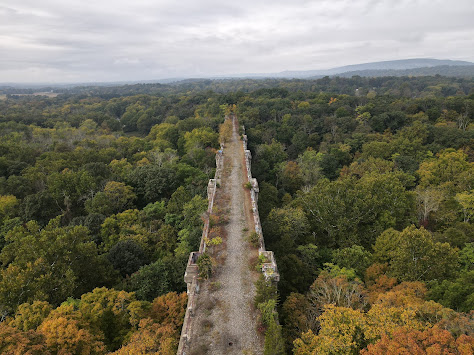 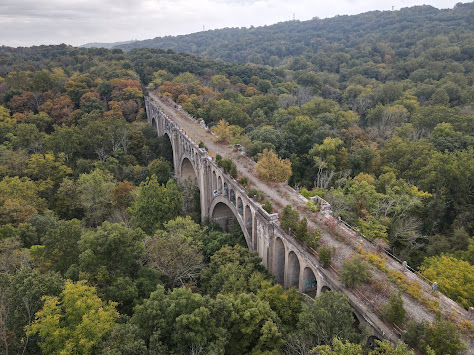 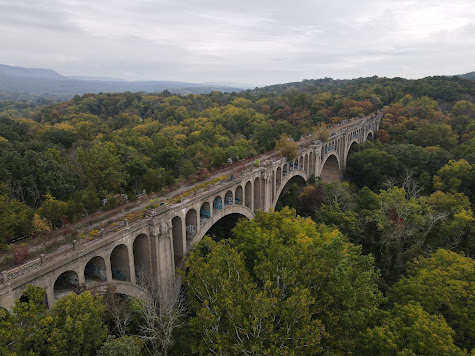 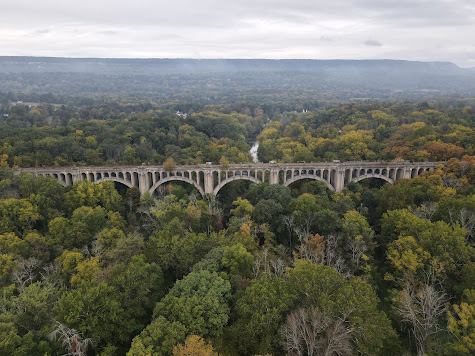 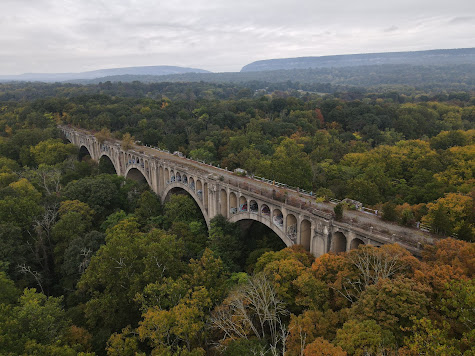 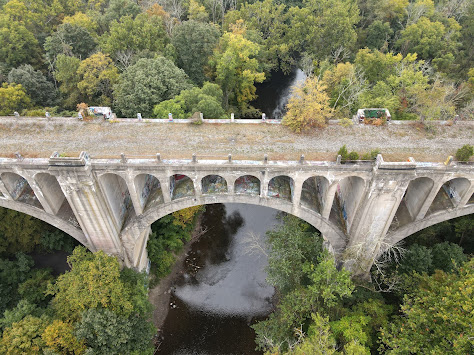 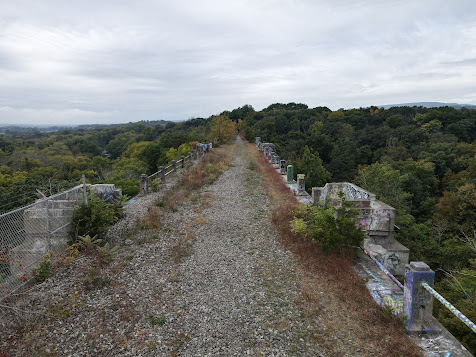 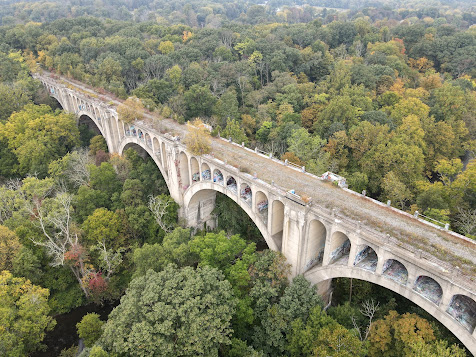 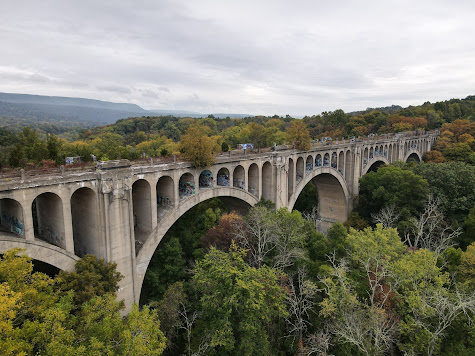 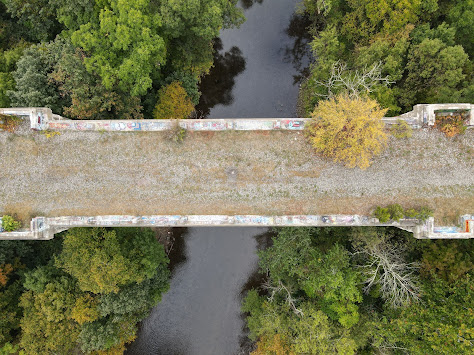 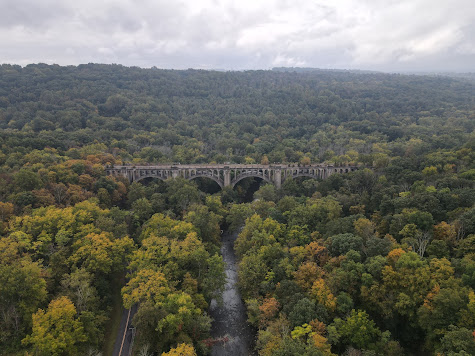 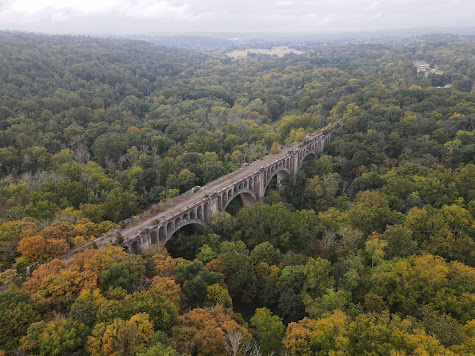 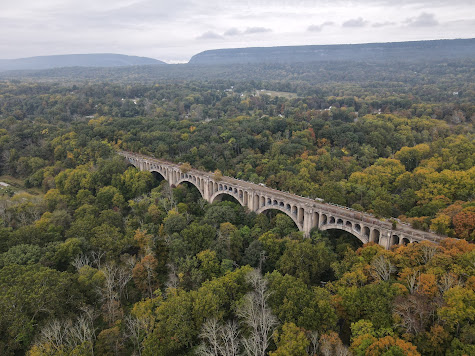 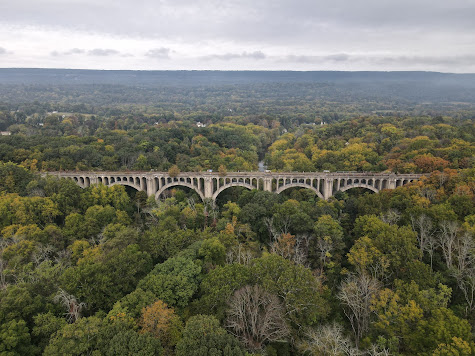 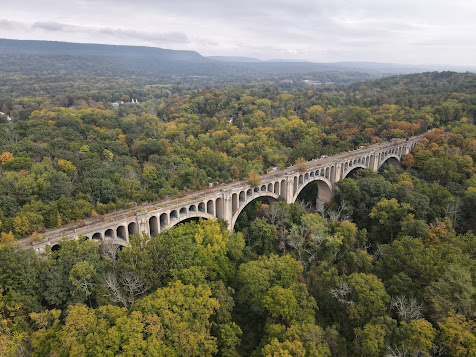 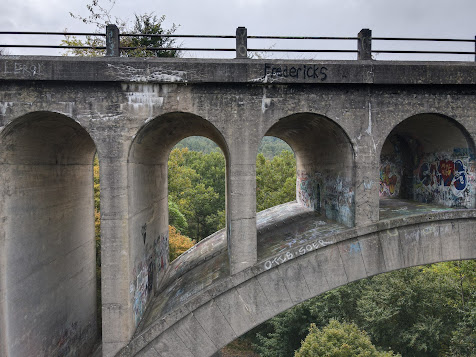