Tour of the now opened Phase II of the Triangle Expressway 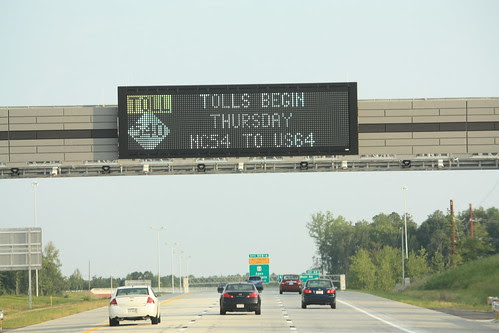 The second phase of the Triangle Expressway from NC 55 near Apex southwards to US 64 opened on August 1st.  It was the only free day for the new highway as tolls on the new highway would go into effect the following day Thursday, August 2nd.  So we had an impromptu Triangle Road Meet and six of us met up at Trali in Brier Creek to check out the new road.  Not bad for 48 hour notice! 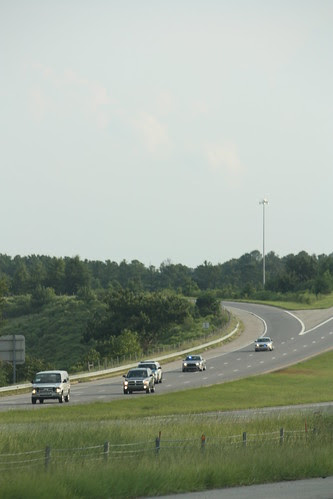 We had a small surprise when we got to I-40.  First Lady Michelle Obama was in town and we just caught her motorcade getting onto I-540 East headed back to RDU.   Here's the temporary roadblock at the ramp from 540 East to 40 East. 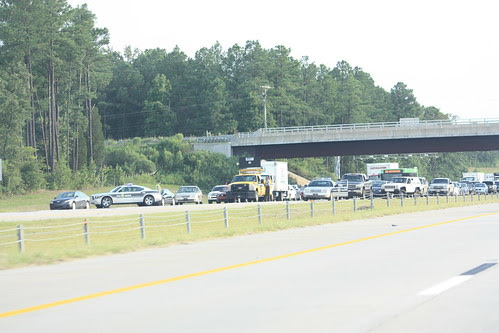 So now lets get back to touring Phase II of the Triangle Expressway. 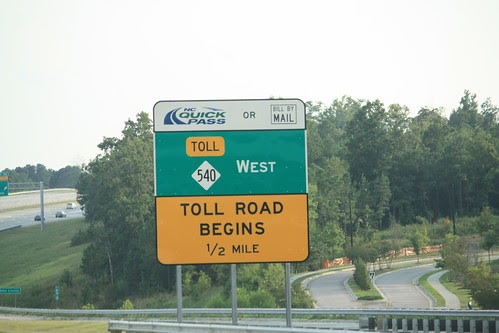 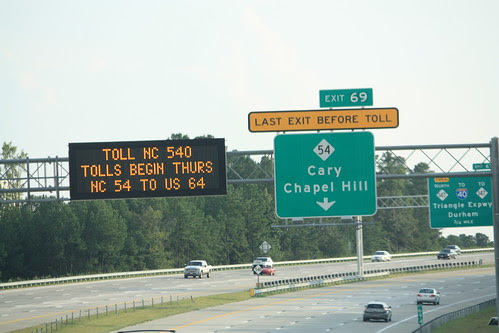 Some of the signs on the now truncated NC 540 (Free) approaching the NC 54 interchange.  This is the only free interchange south of I-40.  If you look closely enough at the bottom of the second photo, you will seen an 'END' sign for the free portion of NC 540. 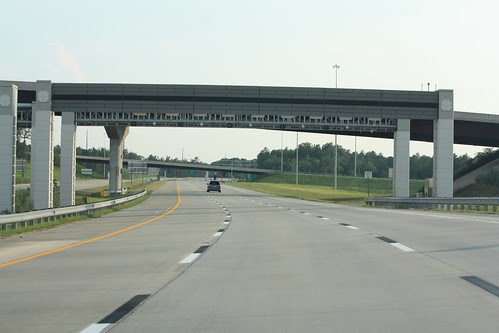 The overhead toll gantries at the NC 540 and NC 147 tolled interchange.  They now work. 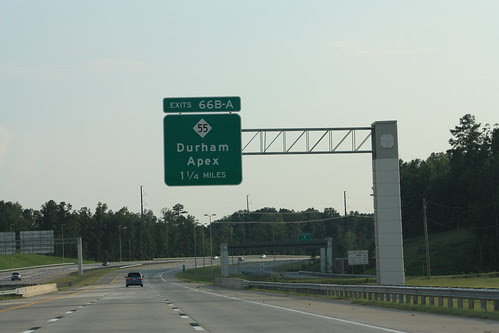 Overhead for NC 55 with the decorative style all sign posts have along the Triangle Expressway. 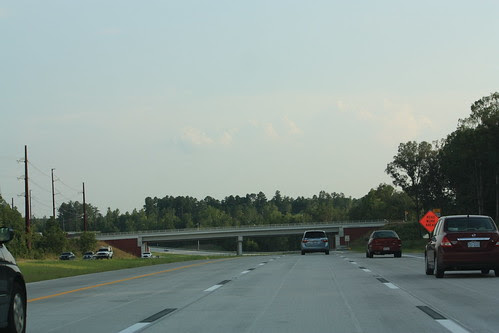 And here we are on the newly opened road.  People are taking advantage of the only 'free' day on the new highway. 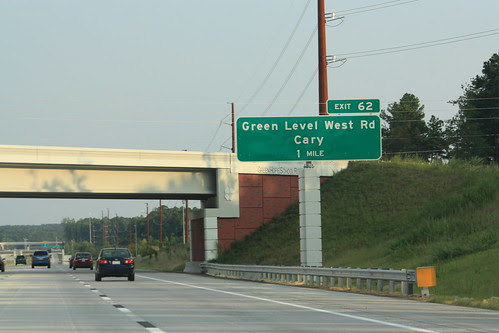 These pedestal sign gantries are getting more popular in North Carolina. 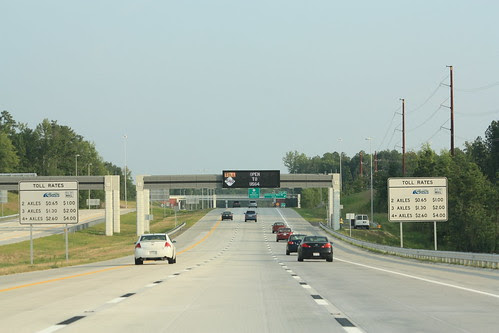 The next overhead toll gantry just prior to the Green Level West Road interchange on NC Toll 540 South. 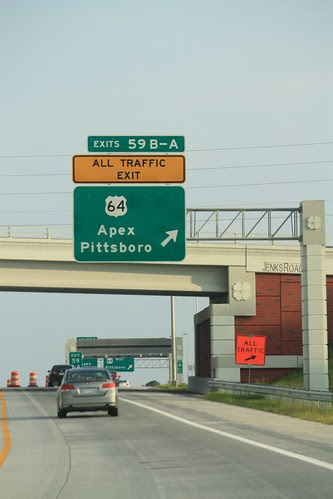 It's a quick drive to the new south end of the highway at US 64 in Apex. 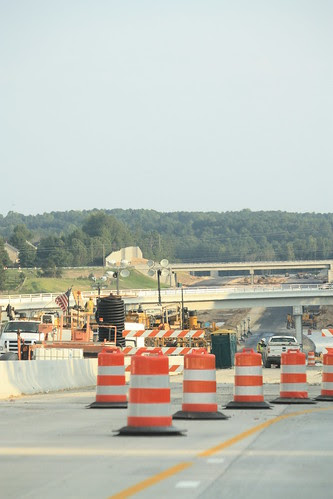 Looking Southbound at the current construction that will extend the highway to NC 55 in Holly Springs.  This next segment should be open in January 2013. 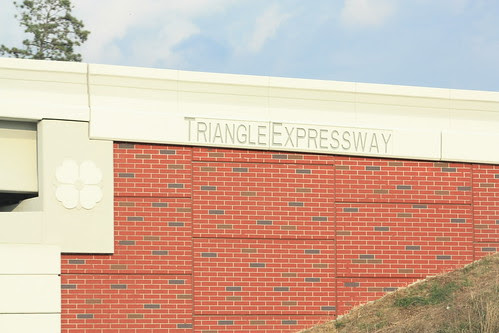 Close-up of the more decorative style for bridges and overpasses along the TriEx. 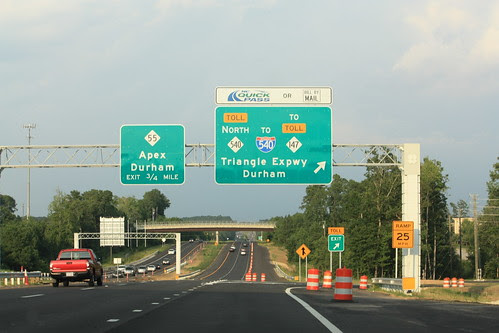 Overheads on US 64 East to go onto NC 540 North.  Surprisingly, there aren't any exit numbers based on US 64 mileage here. 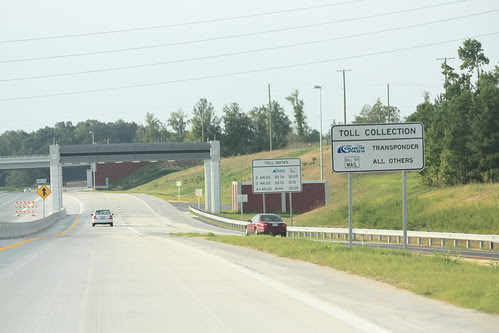 Getting back on to the TriEx at US 64 - a on-ramp overhead toll gantry greets you. 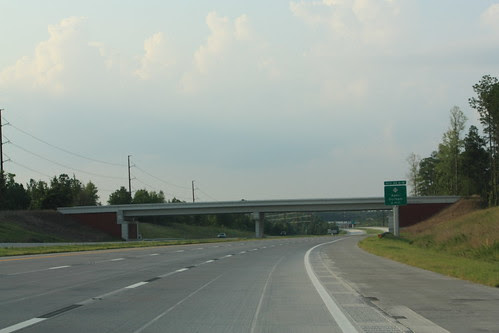 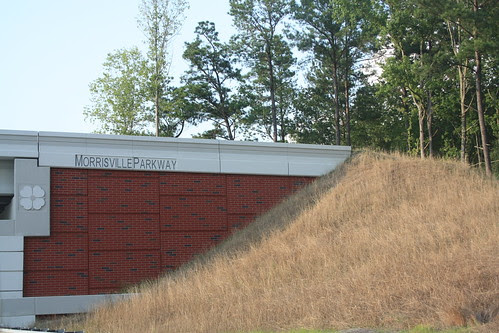 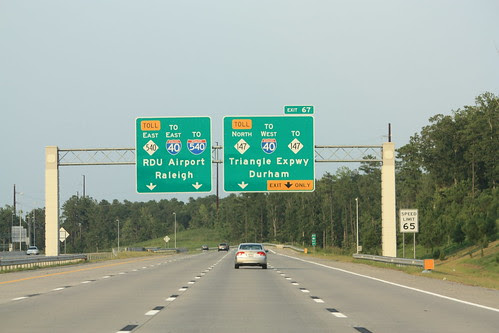 Now back on what was once Free NC 540 and now Toll NC 540 approaching the interchange with NC Toll 147. 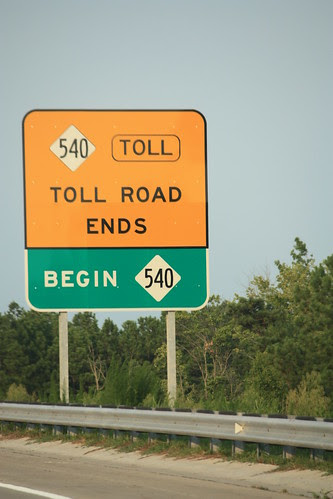 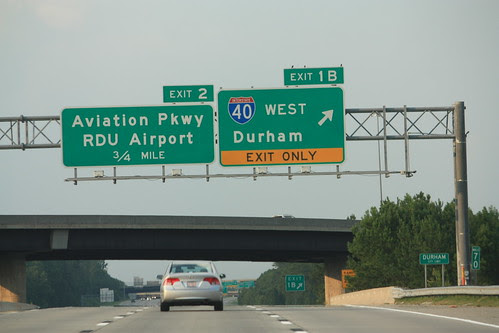