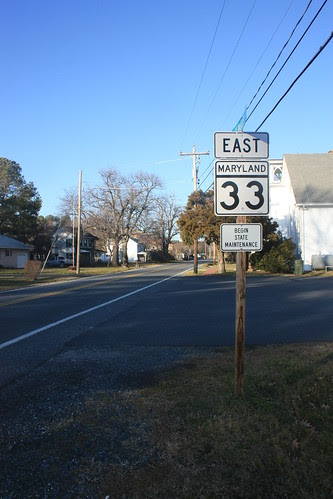 The weekend after I was in Waldorf, Maryland.  The following weekend, I returned to Maryland.  This time to the Eastern Shore and for a Curling Bonspiel at the Chesapeake Curling Club in Easton.  During some downtime between matches, I took a ride out on MD 33 and also MD 579 to check out some of the islands and peninsulas that reach into the Chesapeake.

It was an amazingly blustery day - and with the passage of a cold front the night before - it made for some chilly conditions especially when you are trying to take photos from an exposed position on the Chesapeake Bay!

The wind was strong enough that the sea gulls had trouble flying into the headwind! 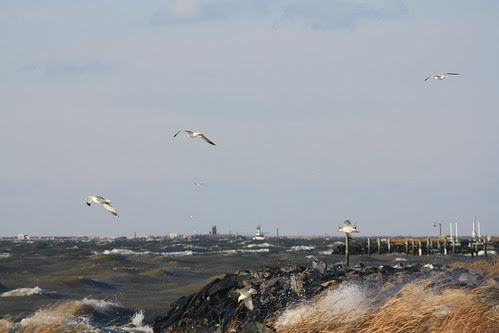 If there was one thing I will remember about Maryland 33 - and Maryland 579 as well - were all of the small rural Methodist chapels.  A lot of the chapels only have service a few times a year - with many of them still advertising their Christmas service - three weeks later. 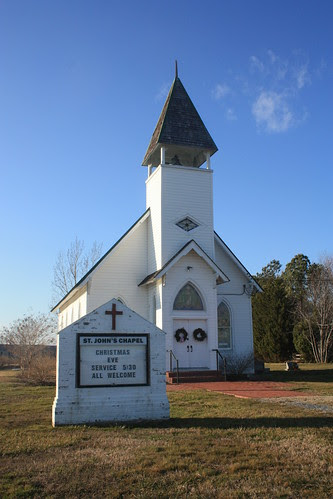 A lot of these rural chapels only have services a few times a year - many of these churches will share one pastor - limiting their ability to have a weekly service.

A great example is this church in the town of Sherwood - which is located on an oxbow section of old MD 33. 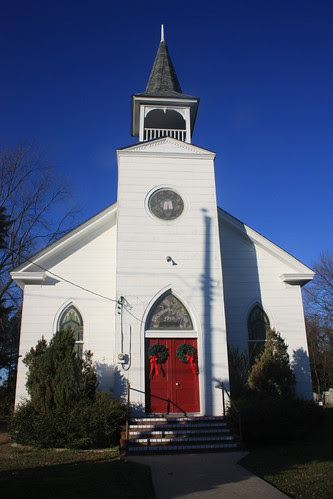 Sherwood United Methodist Church - built in 1912.  The church's next service isn't until March 11th.  The last service was a Christmas Eve Vigil.

Finally, a trip down MD 579 and in Bozman - a beautiful Methodist Church. 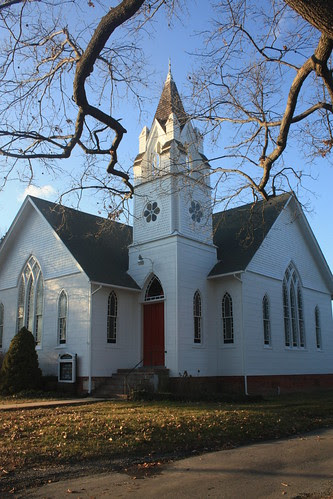 As you can see, the theme of this roadtrip ended up being churches.  Unfortunately, I didn't have time to walk around the charming towns of St. Michael's or Easton.  However, this is just another example of there's plenty to find and discover when your off the main highways and interstates.