By Adam August 15, 2010
In July, I traveled out to Portland, Oregon for work.  Though I had a hectic schedule and did not have access to a vehicle, I did have sometime to walk around Downtown Portland.  Maggie was kind enough to lend me her Nikon CoolPix camera for the trip, and my entire photoset on Flickr is here. 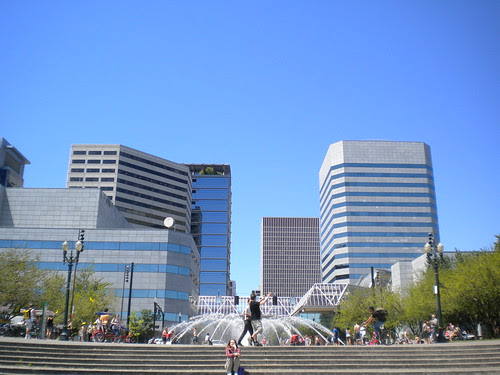 Being from Pittsburgh, I have a fond appreciation of bridges and different styles.  In North Carolina, we don't have many truss, cantalever, suspension bridges around to cross on a daily basis.  In Portland, it's different - from the century old Hawthorne Bridge: 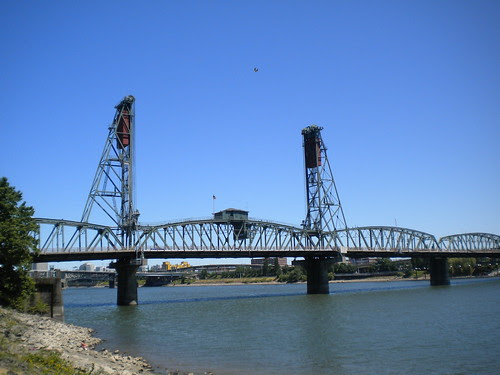 Or the bascule Morrison Bridge: 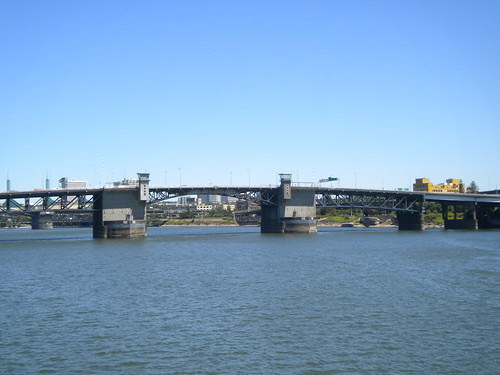 Portland's bridges over the Willamette River are certainly a combination of age, style, and functionality.

Another impression leaving aspect of Portland is the amount of green - specifically green spaces.  This includes Tom McCall Waterfront Park.  The land occupying the park was once part of the Harbor Drive Freeway.  The once main North/South route through the city was removed in 1974, and the park opened in 1978.

The park is now home to numerous concerts and events, and even on on a busy weekday was full of people.  Bikes, sunbathers, office workers on their lunch breaks, kids, and more filled the lineal park along the west bank of the Willamette. 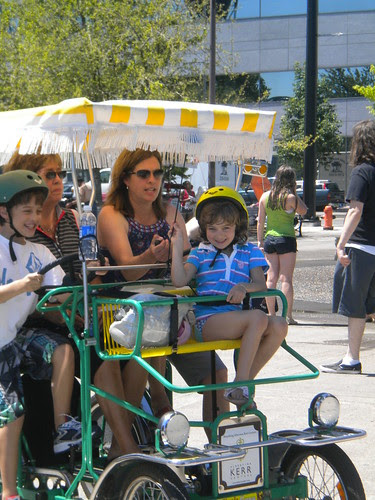 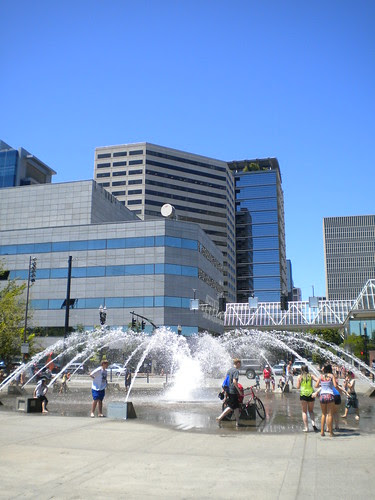 But within Downtown Portland there are a number of different parks including the Ira Keller Fountain.  Possibly the most popular of the urban fountains within Portland. 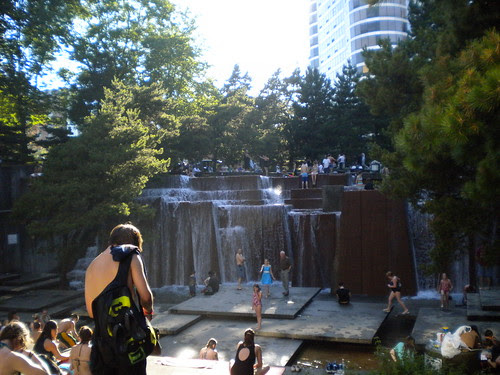 Near Portland City Hall are two plaza squares that both have unique histories.  First, Chapman Square, which is home to the Oregon Trail memorial statue, was actually designed and planned for use by women and children only. 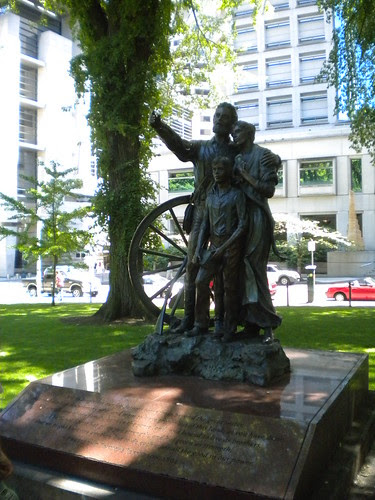 The adjacent park square, Lownsdale Square, was originally intended as a gathering place for men only.  The centerpiece of Lownsdale Square is the Soldiers' Monument which is in tribute to the Oregonians that were killed in the Spanish-American War. 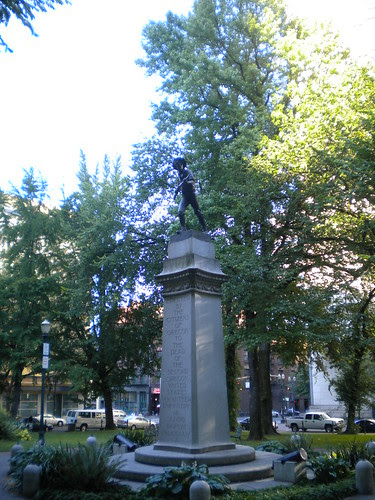 Now, members of both sexes can mingle and relax at either square.  My have times changed!

I came away very impressed with Portland and wishing I had more time to explore and experience the city.  I've yet to see the Pacific Ocean and I was only 60 or so miles away!  I immediately told Maggie that we need to add the Pacific Northwest and Portland to our must visit list!

John Spafford said…
Nice Pictures Adam. Thanks for confirming what those of us who live hear already know - that the Pacific Northwest is indeed a great place to live and work! You'll need to come to Seattle next time your out this way.
11:52 PM