By Adam July 15, 2009
The second leg of the trip home was from Charlottesville northwards to Elizabeth. I wanted to hike and visit Blackwater Falls State Park in West Virginia along with take a view of Seneca Rocks. I took a little detour to get back to the Casselman River Bridges on US 40 - but it started to pour down rain when I began taking pictures. Go figure.

If you'd like to see the entire roadtrip portion of the photo set, head here!

To start...and to prove I still take sign photos... 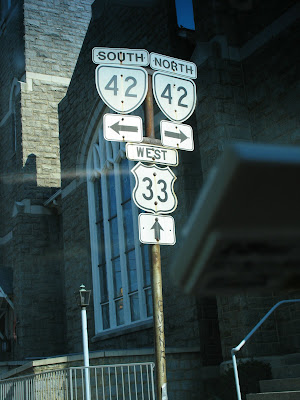 cutouts for US 33 and VA 42 in Harrisonburg - the light changed faster than I expected so I got a rather amateur shot of this.

Anyways, I started by following the old Seminole Trail north of Charlottesville to US 33 near Ruckersville. Mainly just to follow the old alignment - and to try and get photos of the old truss bridge over the North Fork of the Rivanna. Unfortunately, the bridge is being replaced and the road was closed...so I had to detour a little bit. I would really have liked to get photos of that bridge, oh well.

There are some great scenic views on US 33 in West Virginia. The first is right at the state line - 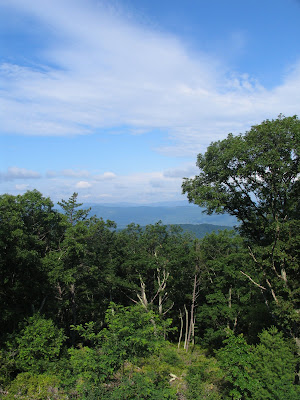 The next view point is just west of Franklin of the Germany Valley. There are some rather impressive views here. 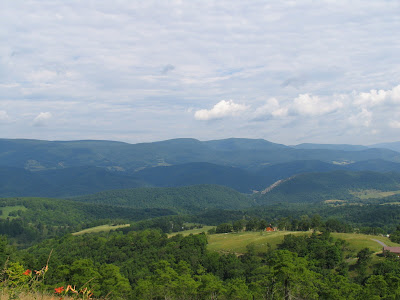 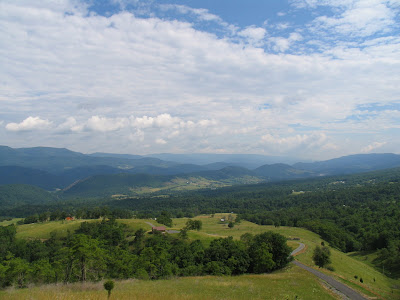 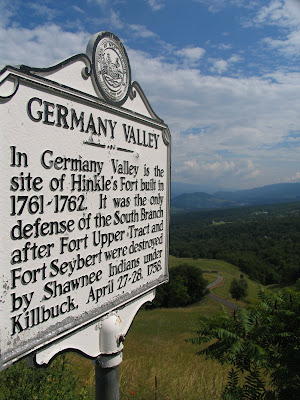 I finally got to Seneca Rocks and by this time it was rather cloudy. I did stop by the visitor's center and took photos. I do wish I had hiked to the one overlook to see the rocks from that perspective. I had thought I would be doing more hiking at Blackwater Falls, more on that later.

Seneca Rocks are an impressive rock outcropping that rises about 900 feet over the North Fork River. The rocks are a destination for rock climbers - and there are a few climbing schools in the area. For the entire Seneca Rocks Set on Flickr - head here. 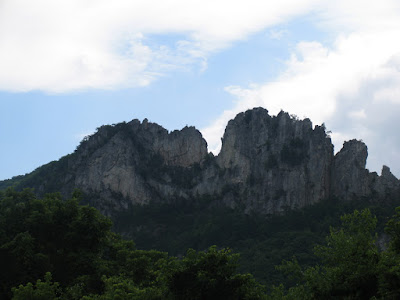 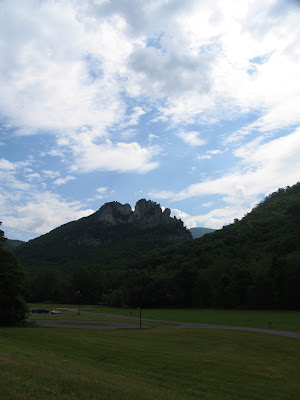 The town of Seneca Rocks is extremely small..and it almost seems like something you may find in the Rockies. Besides the climbing schools, there is a general store, and a neat abandoned Auto Building with an old neon Ford Tractor sign. 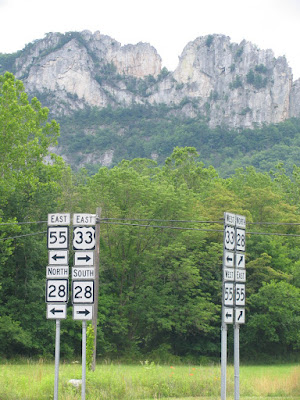 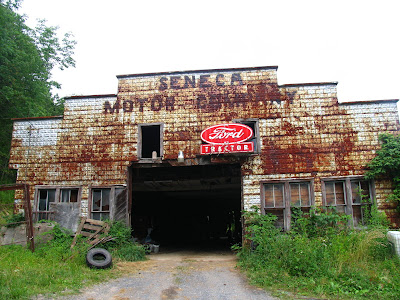 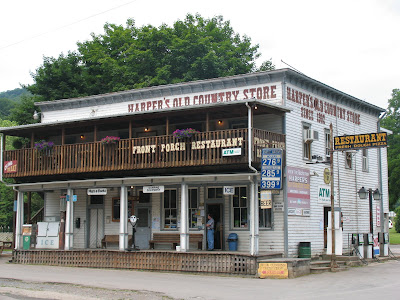 Next was Blackwater Falls State Park, which I had been wanting to explore for sometime. The falls are awesome. They are definitely worth the visit. I was slightly disappointed with the hiking trails...most are segmented and under a mile...to do a six mile hike you may be on five or six different 'named' trails. But the falls, they are amazing - and are worth the visit. Not a bad view to be walking down to eh? For the entire Blackwater Falls set on flickr, go here. 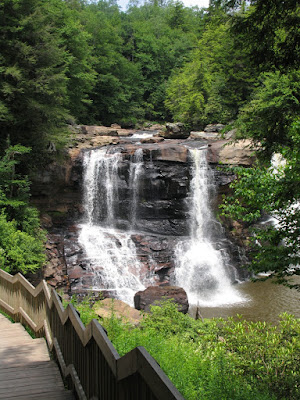 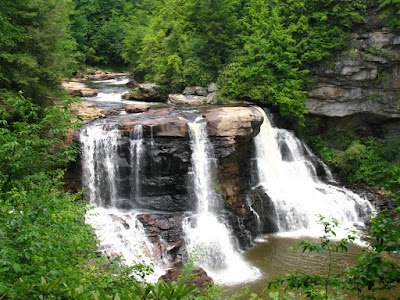 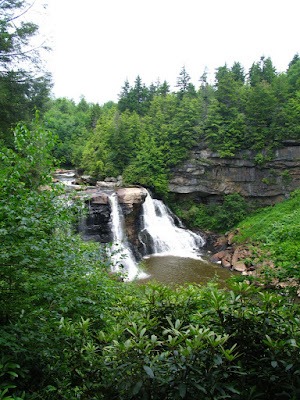 From Blackwater Falls, I headed back to Elizabeth, but I had to stop at what is supposedly the smallest church in the Lower 48 - Our Lady of the Pines in Silver Lake, WV 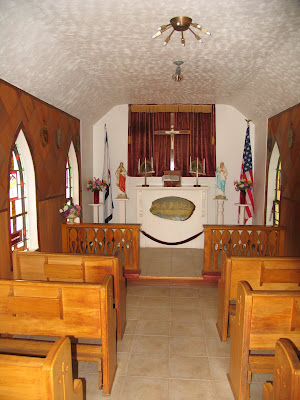 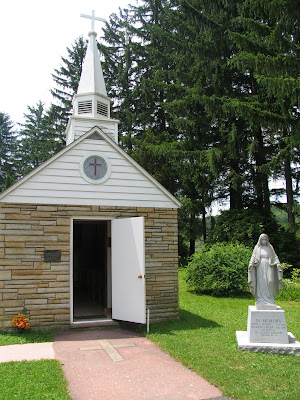 Oddly enough, right next to Our Lady of the Pines - is the "World's Smallest Mailing Station". 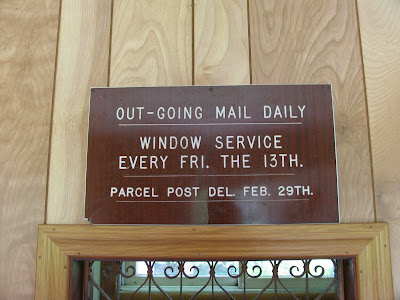 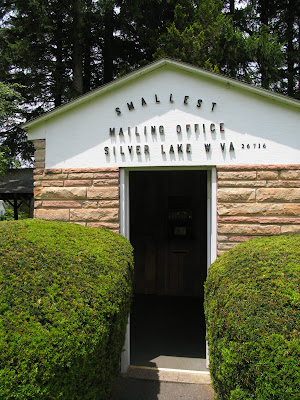 Next, I decided to take some backroads in Maryland and made my way to Grantsville to get some photos of the "Little Crossings" Bridge - the massive 1813 Stone Arch bridge that carries the old National Road over the Casselman River. Just as I started to get photos, it began to pour down rain. Ruining my chance to walk around the area and get more photos of Penn Alps and of Grantsville. 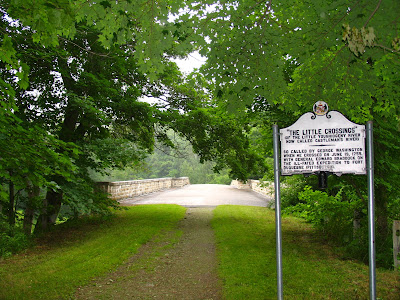 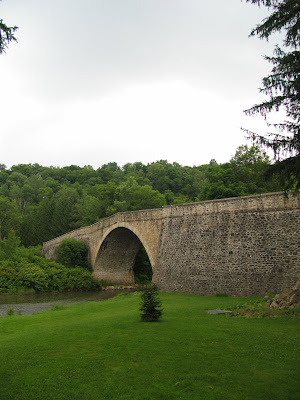 It rained most of the way back, so I didn't get a chance to get photos of the Addison Toll House or the new US 40 bridge over Yough Lake. Oh well, there are other days for that.