By Bob Malme May 28, 2009
This time on I-74 from Laurinburg to Pembroke, NC. This newest stretch of highway opened in two phases. The first section of the new road from US 74 Business (now US 74 Business/US 74 Alternate) to NC 710 opened in the Fall of 2007. At the same time I-74 shields, mileposts and exit numbers went up along the existing Laurinburg and Maxton Bypasses. The exit numbers ran from 207 to 226. The final segment opened a year later from NC 710 across I-95 to beyond NC 41 south of Lumberton. This stretch had mileposts running from 200 to 214. Both could not be right. I had contacted NCDOT in 2007 regarding the exit numbers they had put up thinking they were about 25 miles or so too high. It seems by 2008, they had come to a similar conclusion. They, at first, blanked out exit numbers, like what was Exit 207 seen below, where the old numbers duplicated those to the east: 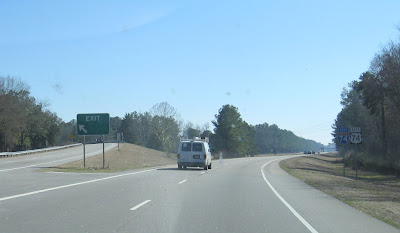 When they finally got around to changing the numbers in late April and May of this year, the new exit number was 181 (new exit number photos courtesy of James Mast): 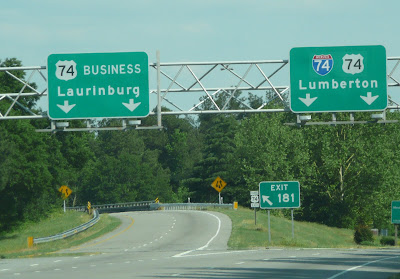 What once was the main exit to Laurinburg, US Business 15 and 401: 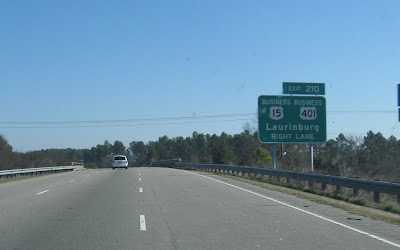 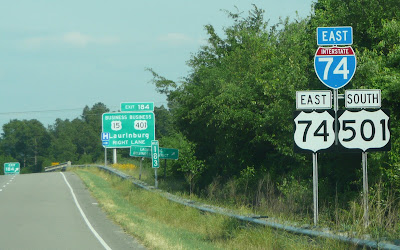 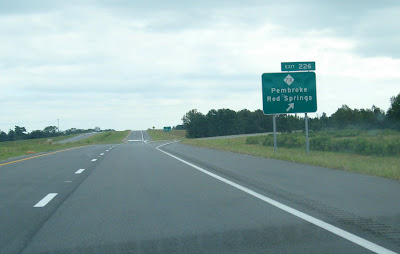 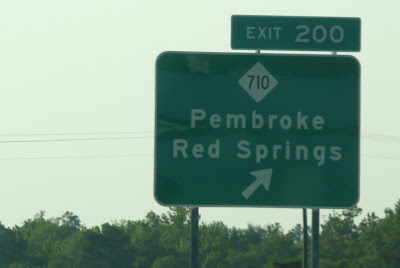 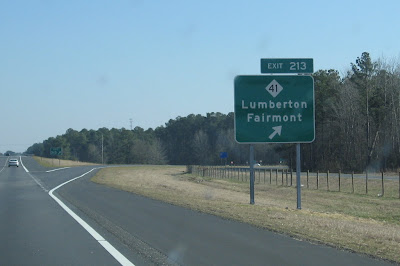 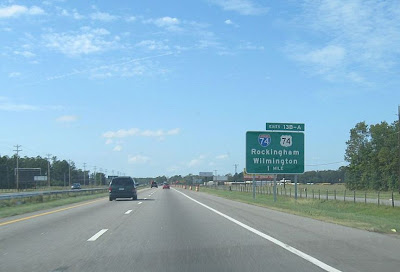 For a look at all the photos taken along the new stretch of I-74 go HERE and choose Segments 15 and 16.