On Saturday, we spent the day exploring town. There is a lot to see in Downtown Asheville. It is unique to most of the major North Carolina cities, in that most if not all of the older buildings have been preserved allowing for a character you don't find in a Charlotte or a Raleigh.

Built in 1909, the Basilica is awe inspiring, and the rose garden was in full bloom. 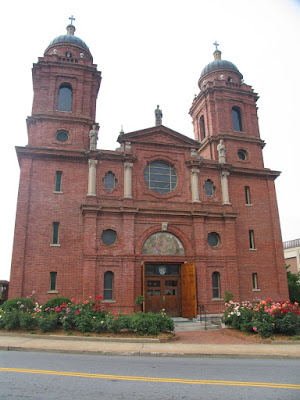 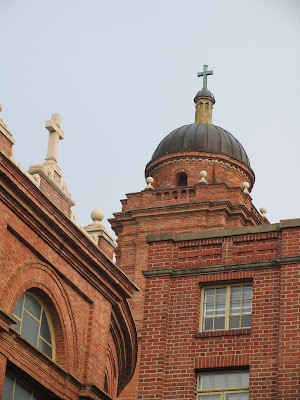 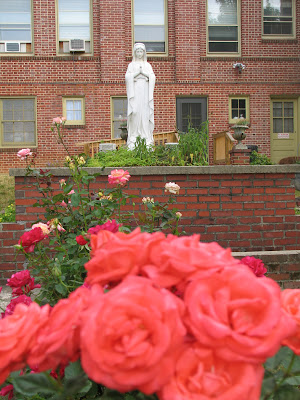 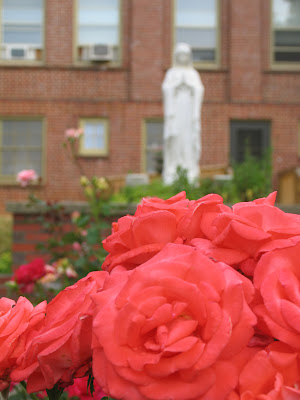 Here are a few shots from Downtown Asheville: 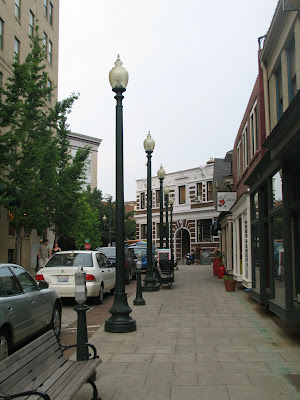 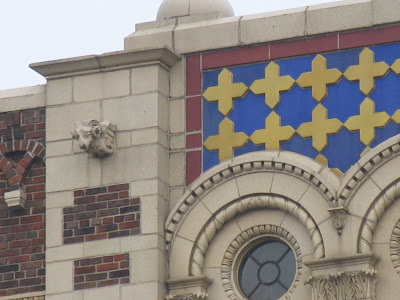 Facade at the top of the Public Service Building. 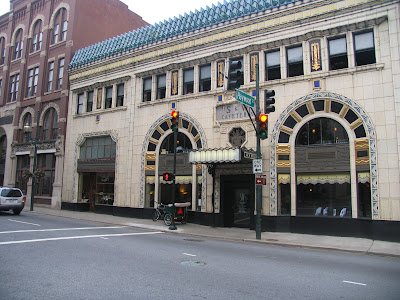 The S&W Building. Now home to a very nice restaurant. 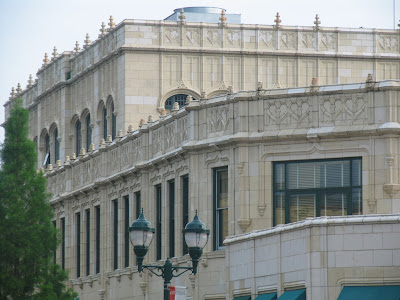 Facade of the Grove Arcade. We ate dinner at Carmel's Restaurant and Bar here.

The second day was a bit more of exploring.

NC 63 north of Leicester is a very thrilling and twisty drive. It's also not that heavily travel. Prior to the rather twisty climb up and down the mountains. There was this view near the buncombe/Madison County Line. 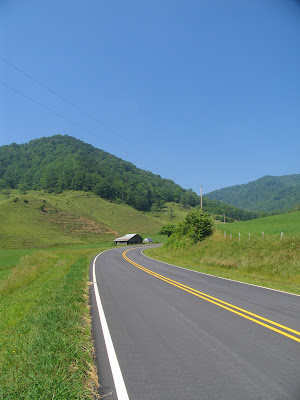 There were some interesting looking NC shields at NC 63's North End at NC 209 in Trust. 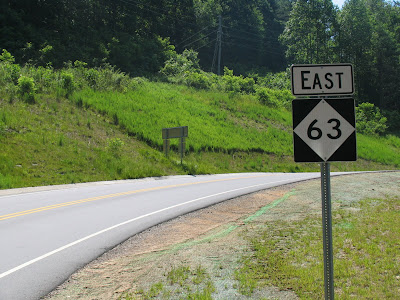 This one has an odd font and the corners of the diamond aren't rounded. 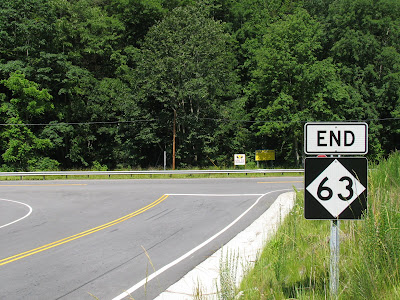 So basically, this is what an NC shield would look if Michigan did it. 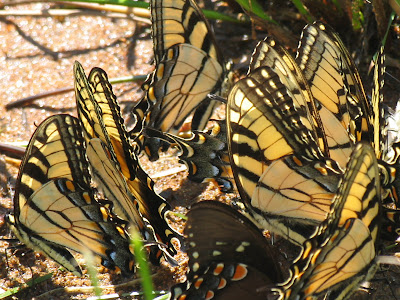 This patch of Tiger Swallow butterflies were located just off highway 209 in Trust. 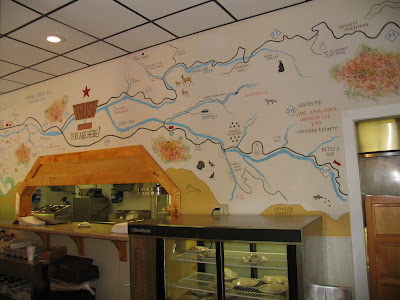 At the Spring Creek Cafe, there's this wall painting of a map of the area. Very good detail!

After stopping at Hot Springs, I had to solve the mystery on whether or not NC 213 actually is signed in Walnut. It's been a mystery to most people who follow NC Highway's where NC 213 actually ends. The state map shows an off shoot into Walnut, and there are even signs near Marshall for NC 213. But around Walnut, NC 213 just disappears from US 25/70. Last year, I received an e-mail explaining why continues on US 25/70 and ends at Walnut. There were to be improvements to a number of secondary roads to allow NC 213 to connect to NC 209 in Spring Creek. That never happened. So the NC 213 extension ended in Walnut. So after exploring a number of off shoots from US 25/70 around the Barnard/Walnut area. I did find on Walnut Road (an old alignment of US 25/70) one East NC 213 shield. 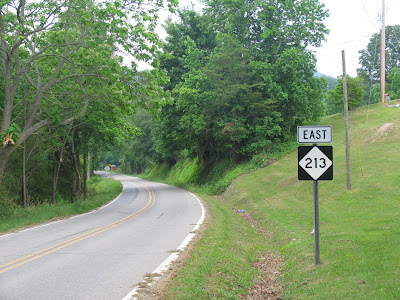 Before heading back to Raleigh, we stopped in Asheville one more time for lunch. I certainly would recommend Salsa's for a great Mexican/Caribbean cuisine mix.