2016 Summer Mountain Trip Part 16; Grand Teton National Park and the nebulous disconnect in the US Routes 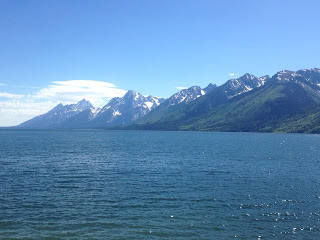 This blog serves as the 16th entry in the 2016 Summer Mountain Trip Series; Part 15 can be found here:

Grand Teton National Park consists of a large swath of area protecting much of the Teton Range in northwestern Wyoming.  The Teton Range is a 40 mile north/south sub-range of the Rocky Mountains.  Amusingly the word "teton" is French for "nipple" which early explorers thought the high peaks resembled.  The Tetons are known for steep peaks ascending over Jackson Hole with the tallest being Grand Teton at 13,775 feet above sea level.

Early conservation efforts after the establishment of Yellowstone National Park sought to include the Teton Range within the southern park boundary if not Jackson Hole itself.  By 1907 a log dam was built along the Snake River in Jackson Hole which created Jackson Lake.  The first Jackson Lake Dam failed in 1910 but was soon replaced by the modern structure which first opened in 1911 but was expanded to it's current height of 65 feet by 1916.  The development of Jackson Lake was enough to spur the superintendent of Yellowstone National Park to push for congressional approval of a new National Park protecting the Teton Range and six lakes at the base of the range.  Legislation was passed by Congress in 1929 which created Grand Teton National Park.

Previous to the 1970 expansion of Grand Teton National Park the US Routes in the area went all the way to the South Entrance of Yellowstone National Park.  The original alignment of the US Routes through Grand Teton was on Teton Park Road until 1957 when it was shifted to the modern highway to the east of the Snake River to Moran Junction.  Sorting out what US Routes used to traverse to the South Entrance of Yellowstone has changed greatly over the years, fortunately it is fully detailed on USends.com. 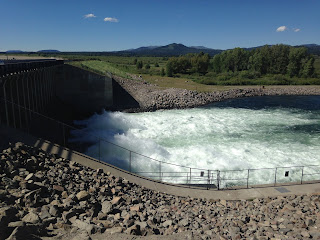 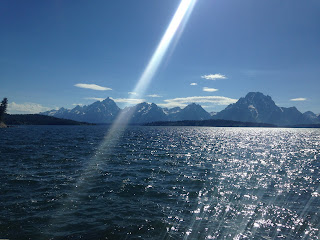 Much of the remainder of my day was spent walking through the fields along Teton Park Road looking easterly towards the Tetons.  The relaxed pace of Grand Teton National Park is a nice contrast compared to the busy swath of tourism compared to Yellowstone to the north. 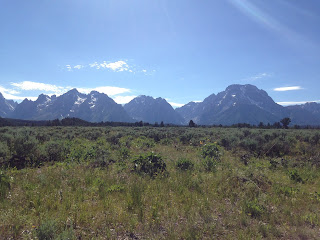 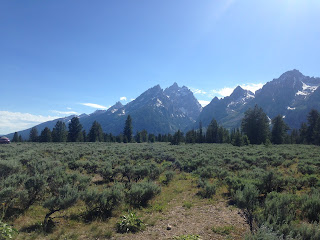 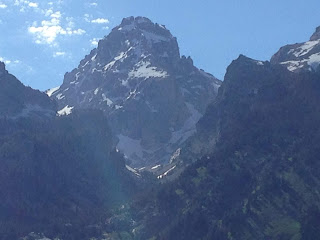 After reaching the south end of Teton Park Road I turned south on US 26/89/191 and headed to Jackson for the night.  In downtown Jackson I picked up the north terminus of US Route 189 which begins at this location:

North Terminus of US Route 189 in downtown Jackson, WY