By Adam March 17, 2013
The second city stop during our honeymoon was St. Augustine, Florida.  We stayed at the historic and amazingly impressive Casa Monica Hotel.  The hotel was first opened in 1888, then spent many years vacant, and then later as the St. John's County Courthouse until it was renovated and re-opened as a hotel in 1999. 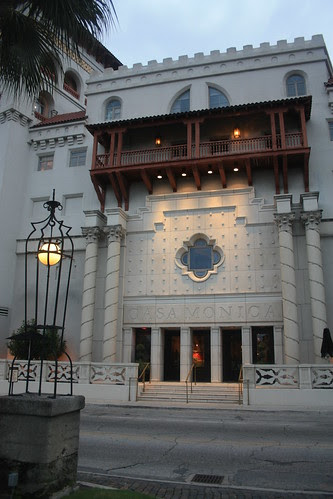 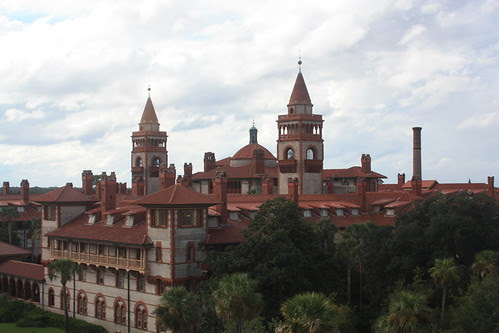 A view of Flagler College from our hotel balcony.  After checking in, and taking in the views from the balcony, we walked down St. Georges Street on our way to Castillo de San Marcos.  St. Georges Street is the heart of the Old City.  The pedestrian only street is home to numerous shops, restaurants, inns, and it's not limited to St. Georges.  You can find a lot of treasures ducking down an alley or two. 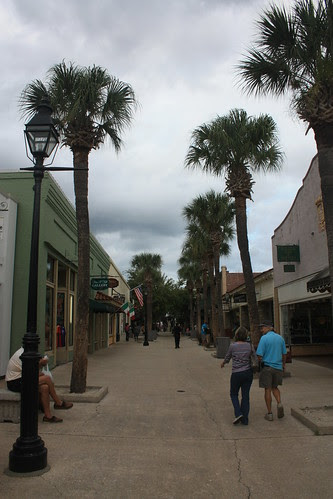 Just north of St. Georges Street is the Castillo de San Marcos National Monument.  The fort is the oldest masonry fort in the United States as construction began on the structure in 1672.  The fort has also seen service under four different flags and quite a handful of different names as well. 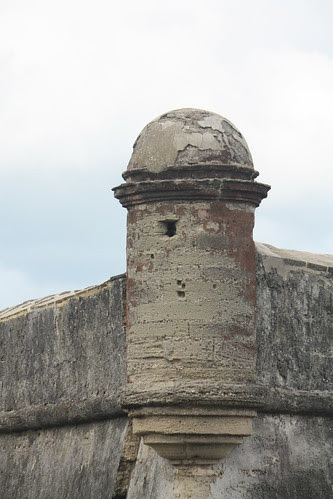 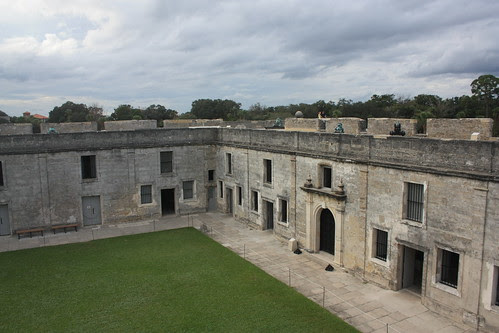 Castillo de San Marcos was named a national monument in 1924.  At the time it was called, Fort Marion - in honor of Revolutionary War hero, Francis Marion.  In the 1930s, the WPA created one of there famous screen-print posters promoting tourism to the fort.  You can buy an authentic reproduction of this design today at Ranger Doug Enterprises.  I'll save this for another blog post - but I purchase these great items based on the parks I visit and frame them at our home.

Dinner that night was at the A1A Ale Works, where sitting out on the balcony on a warm blustery evening, we were fortunate to see The Bridge of Lions in action. 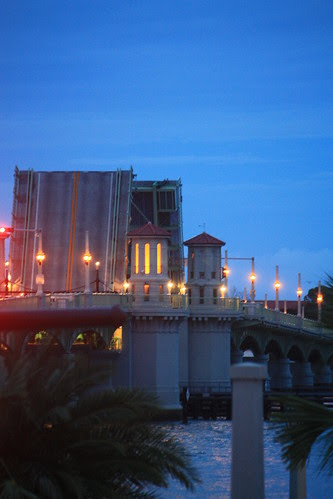 The next morning we took a horse carriage tour of St. Augustine.  Our guide was informative and fun and it was great to see various parts of this historic city at a rather leisurely pace. 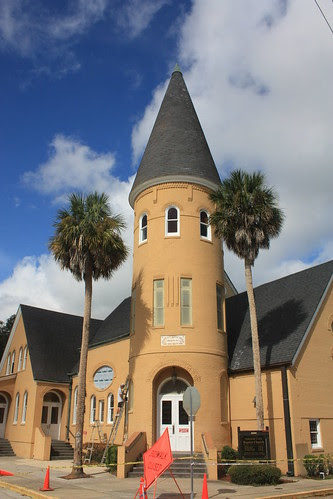 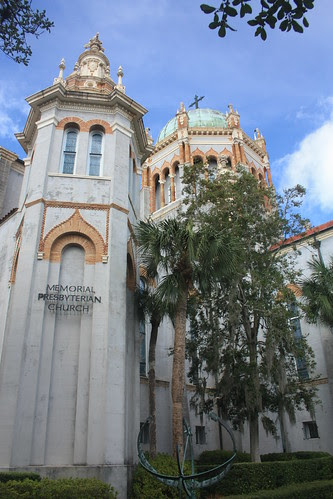 which we were fortunate enough to take a look inside of for a brief tour. 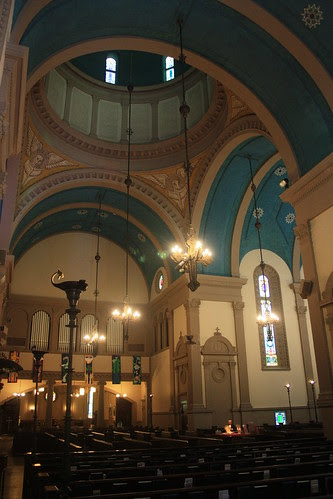 We ended our tour at St. Augustine City Hall - the former Alcazar Hotel. 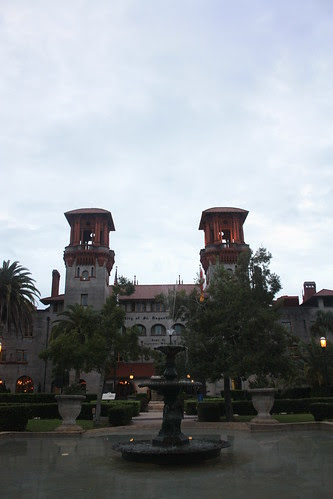 At the end of the tour, we checked out of the Casa Monica to head towards Orlando, but we had one more stop.  The St. Augustine Lighthouse. 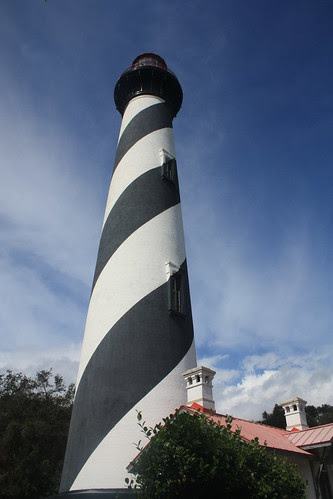 Constructed in 1874, the St. Augustine Lighthouse is the second structure that stood here to help navigate the waters around Anastasia Island.  Entrance to the lighthouse is $9.75 per adult and that includes a self guided tour of the lightkeeper's home and the opportunity to climb to the top of the lighthouse.  To view my entire flickr set, head here. 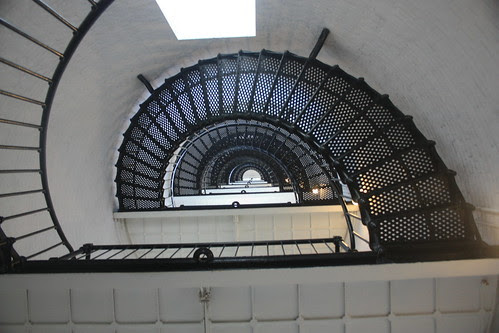 It can be a dizzying and at the top of the light an extremely narrow climb.  But the views from the top are worth it. 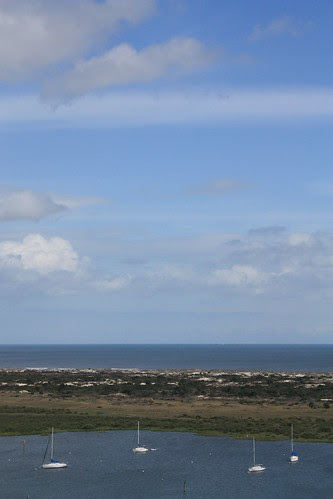 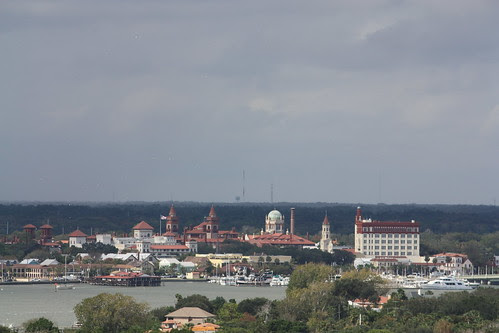 St. Augustine is a wonderful city and a great weekend getaway destination.  Though we only spent the better part of one day in the historic city.  It's unique charm and overflowing history is something we won't forget for years to come.