By Adam January 13, 2013
(Editor's Note: While there's some slow time in the few week's before we have a new addition to the family, I'm trying to catch up on blog entries that I wanted to post or started but never completed.  This is another one of those entries.)

Maggie and I's honeymoon was quite an adventurous roadtrip!  We left Raleigh on Sunday afternoon and would not return back for 10 days.  We spent time in Charleston, St. Augustine, Disney World, and Savannah.  So it was a little bit of southern tradition and Disney mixed in.  This blog entry will cover our two days in Charleston featuring a guided walking tour we did around the historic city, and sunset photos of the Ravenel Bridge which came on a dinner cruise on the last night in Charleston.

For the entire set from the Charleston tour, head here.

Charleston is a fantastic city!  I really hadn't visited the city since 1991, and Maggie had never been to Charleston so this was a great opportunity to really learn and explore this charming town together!

The next day, we took on a personally guided tour of Charleston.  Our guide drove around various parts of the city before we finally got to Battery Park where we were able to complete our personalized tour on foot.

The homes in Charleston are amazing and none may be more famous than the homes along Rainbow Row. The homes on East Bay Street is one of the more popular photo and tourist sites in Charleston.  But great homes aren't just limited to those on Rainbow Row.  Here are a few from our walk about. 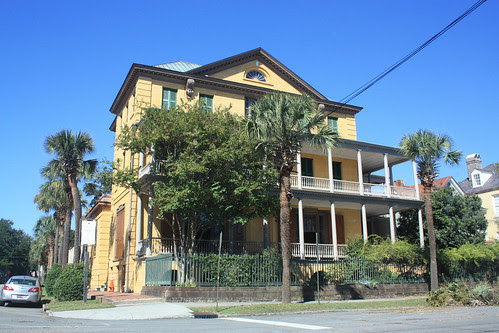 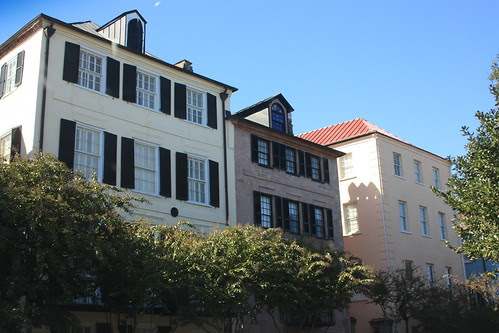 We next went over to the Dock Street Theatre, which had been recently re-opened a year earlier. 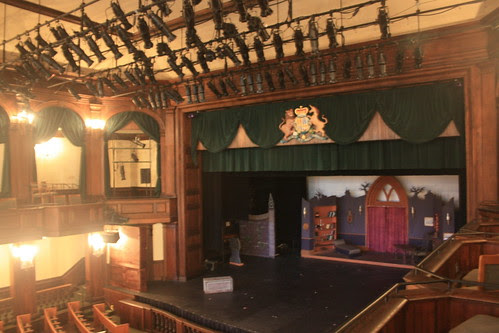 The first Dock Street Theatre opened in 1736, but was destroyed by fire four years later.  Another theatre was built, but that was later demolished in the 1780s.  The current structure was built in 1809 as the Planters Hotel and was abandoned not long after the 1886 Earthquake.  In the 1930's, the Works Progress Administration restored the hotel and converted it into a theatre.  It closed for renovations in 2007 and reopened in 2010. 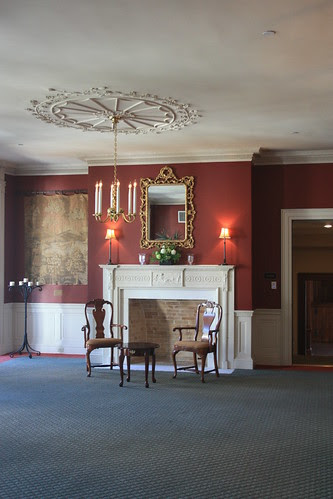 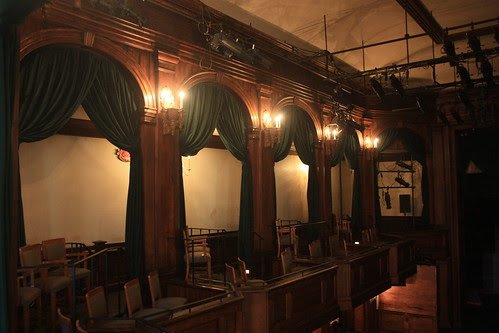 We were able to get a great look inside. 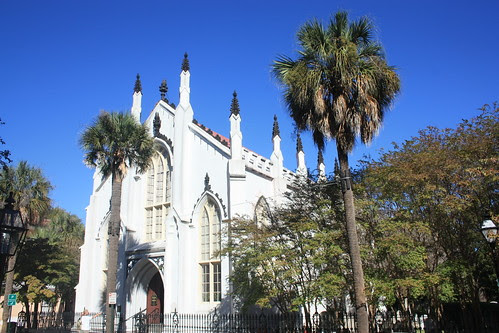 We next stopped at the French Protestant (Huguenot) Church.  This is the third church for the congregation at this site.  Their first church was built in 1687 and lasted over a century before being destroyed by fire in 1796.  The beautiful Gothic Revival church is an extremely popular wedding venue.

The interior of the church is just as amazing as the exterior. 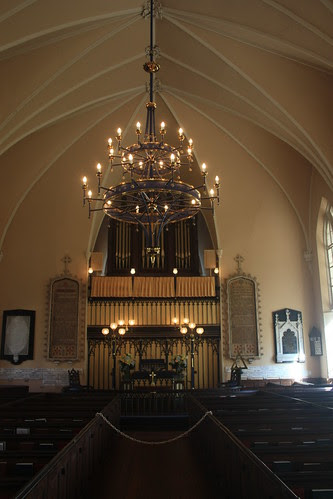 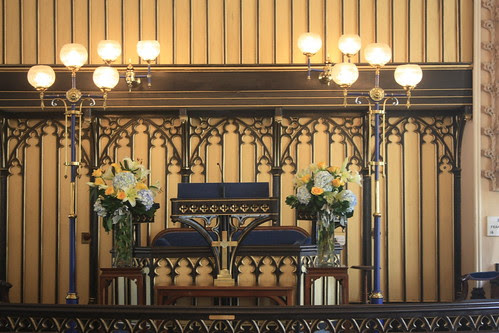 Walking around Charleston is really amazing.  At nearly every turn, there's something to photograph - and something of history. 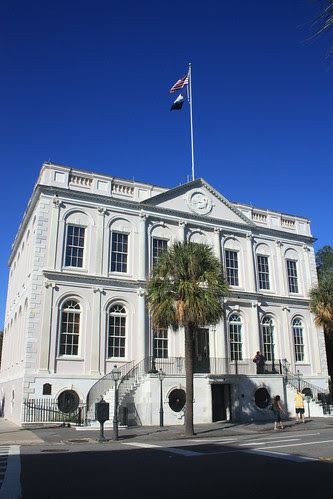 Another historic and amazing church in Charleston is St. Michael's Episcopal Church at the intersection of Broad and Meeting Streets.  The church has been standing here since 1761. 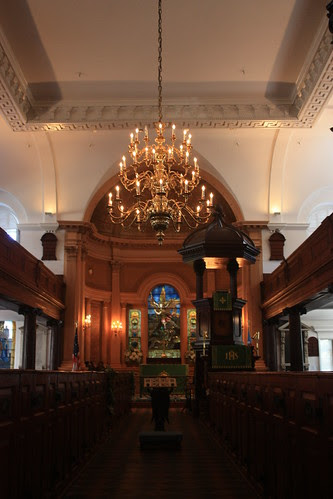 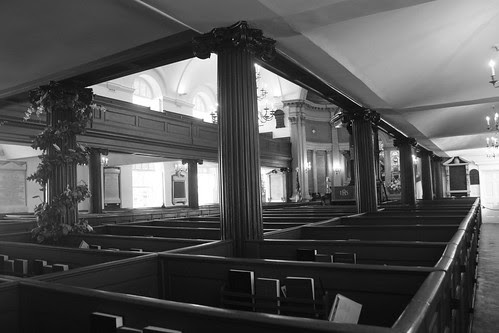 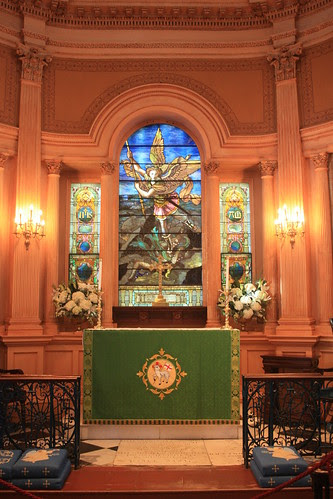 Since, 1960, the church is listed as a National Historic Landmark.

We finished our walking tour at the Charleston City Market. 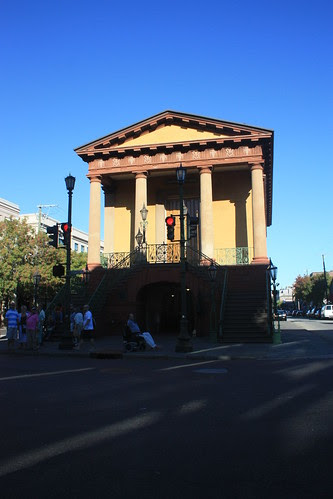 The Market begins here at Meeting Street at Market Hall and runs four blocks to the east to East Bay Street.  Market Hall, seen in the photo above, was built in 1841 and is listed as a National Historic Landmark.  The market is a continuous series of one story sheds where merchants sell a little bit of everything - clothing, food, art, baskets, jewelry, and just abuot everything else can be found here. That evening we headed to Mount Pleasant to embark on a evening dinner cruise around Charleston.  The evening was a little chilly, but the dinner was excellent and it was a great way to cap off our two nights in Charleston.  We were fortunate that the cruise left the dock right at sunset allowing for some great photos of the Arthur Ravenel Bridge. 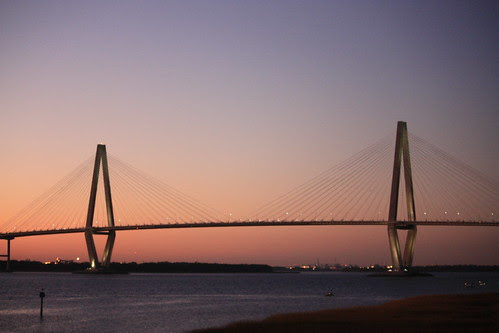 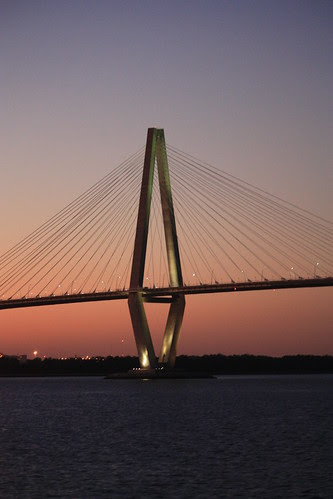 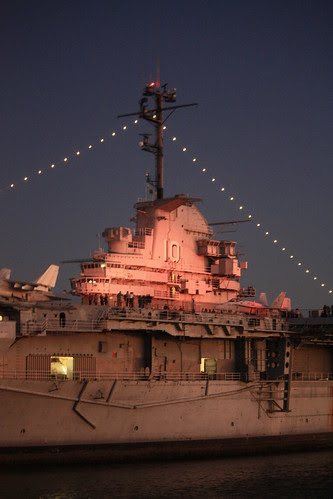 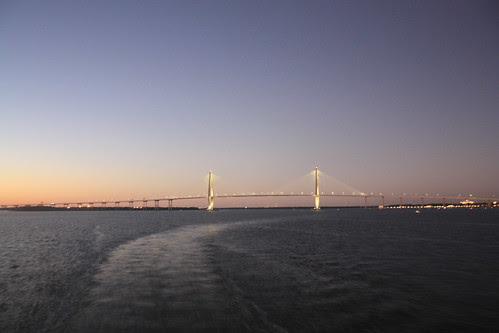 So it's time to say farewell to Charleston...next stop a ride down US 17 and I-95 to St. Augustine, Florida.  See you there soon!

Charleston Place Hotel said…
Thank you for choosing to spend such a special occasion with us! We are so glad you enjoyed your time in Charleston and we look forward to welcoming you back again soon.
11:48 AM