Tour of Phase III of the Triangle Expressway

By Adam December 25, 2012
On Thursday, December 20th, the third - and at this point final - phase of the Triangle Expressway opened to traffic.  The opening extended the NC 540 Toll Road and additional five miles from US 64 in Apex to the NC 55 Bypass in Holly Springs.

Prior to the expressway's opening, I was fortunate enough to tour the highway via the Expressway Trot 5k on December 2nd.  On Christmas Eve, I took a spin on the new road for the first time.

Since I never was able to get a good photo of it prior (and because I live on the opposite end of Wake County from here), I finally am able to post a photo of the 'END' NC 540 shield for the brief free section of NC 540. (I-40 to NC 54). 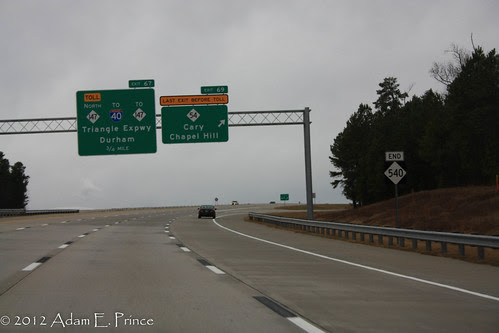 Prior to that shot, the VMS announced that the highway is now open to NC 55 in Holly Springs.  This message alternates with a message explaining that tolls on that section will begin on January 2, 2013. 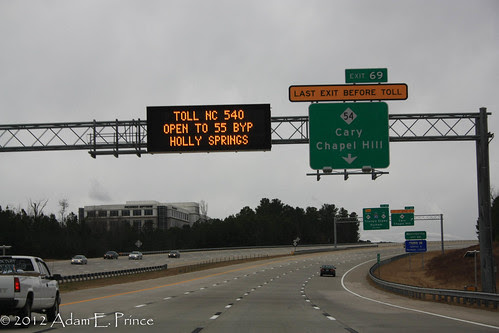 And here's the newly opened stretch of highway! 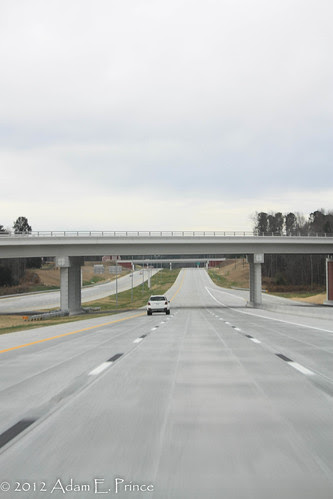 Don't let the empty roadway fool you - there was a fair amount of cars traveling the toll road on this afternoon. 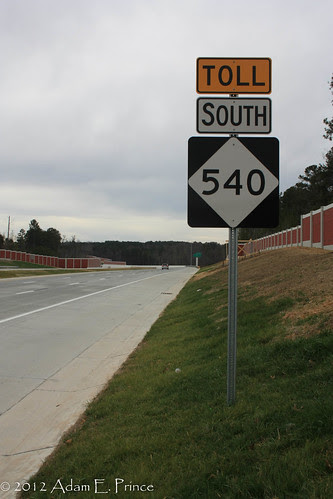 Designers of the toll road have mentioned that they included some visual aesthetics to enhance the driving experience and to differentiate if from a normal limited access highway.  The fancier concrete sign bridges, brick overpass foundations, and also brick sound barriers are part of those aesthetics. 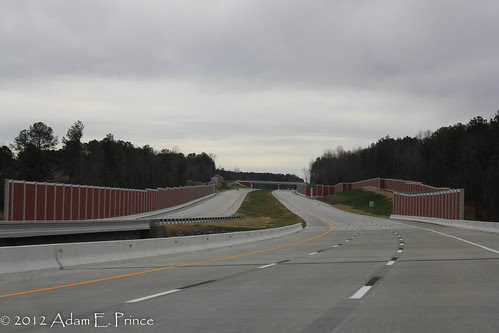 In addition, trees and shrubs have recently been planted in the grass median throughout the length of the toll road. 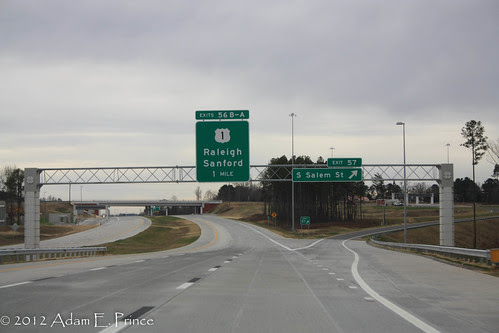 Overheads for US 1 North and South just after the South Salem Street interchange. 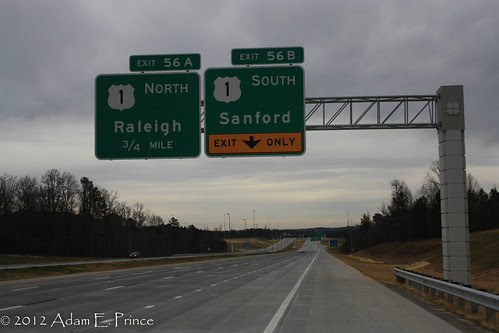 Toll NC 540 ends at the NC 55 Holly Springs Bypass.  What's interesting about this interchange is that traffic wanting to get on Bypass NC 55 West is directed over the median and onto the northbound Toll 540 carriageway to crossover NC 55 before taking a loop ramp onto Bypass NC 55 West. 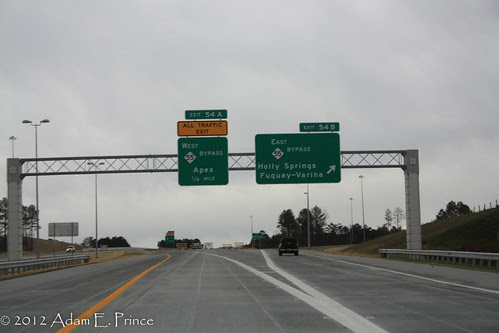 Here's the overhead for entering the Triangle Expressway from Highway 55 East. 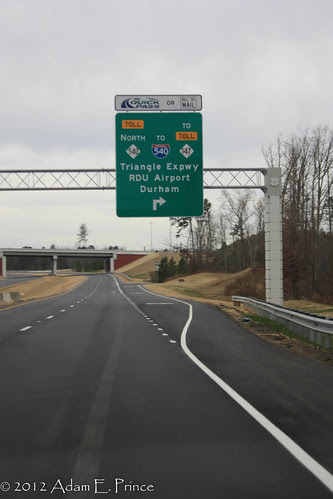 I detoured onto US 1 briefly so I could check out the signage for the new toll road on US 1 and also I was informed that the flyover ramp from US 1 North to Toll NC 540 North was actually pretty neat. 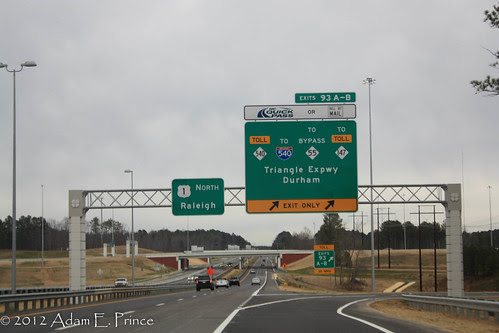 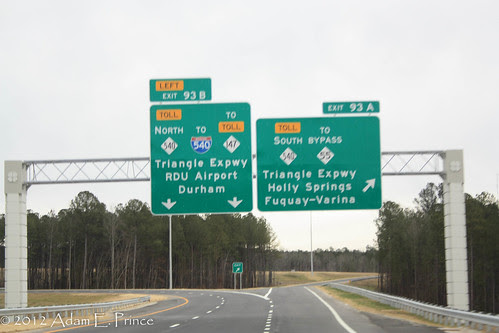 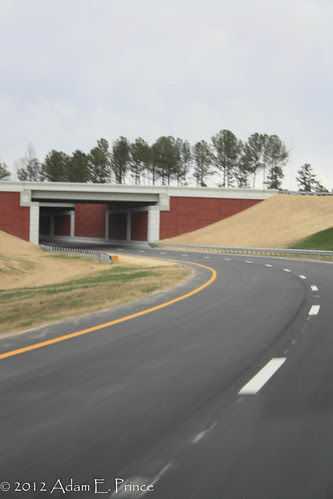 Finally, I exited onto S. Salem St to check out how the new toll road is signed on more of a surface street/rural road.  Interestingly, there's an additional sign outside of the 'TOLL' 'NC 540 diamond' and Arrow. 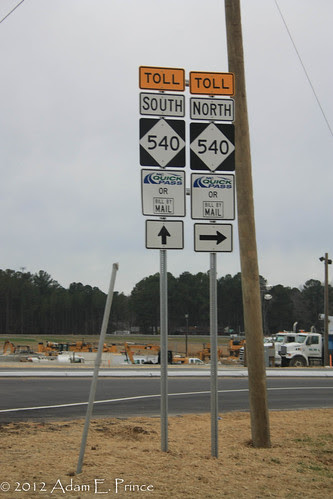 James Mast said…
"I think this is the first time in North Carolina a split ramp on a flyover interchange is split into A/B ramps."

Not true. The Northern I-485 interchange with I-77 did this first on the Inner loop ramp.

Chris Allen said…
Thank you for not saying "Chris Allen had mentioned the US 1 flyover ramp, but I actually thought it was totally lame and uninteresting and a complete waste of my time." :)
1:30 PM