By Adam October 28, 2007
Yesterday, I went with Dave Filpus to hike a former section of US 70 and prior to that NC 10 between Old Fort and Black Mountain. The goal was to hike the former highway (which is about three miles one way) and to see if any clues from the old road's past was still there.

It's not difficult to get there. Take I-40 to Exit 73 (the Old Fort Exit) Turn North into town. At the T-intersection with US 70 in town turn left on to US 70 West. You'll be on US 70 West for about a half mile or so where you will turn right onto Old US 70 there will be a sign for Andrew's Geyser as well. Follow that road until it ends. The hike begins here. 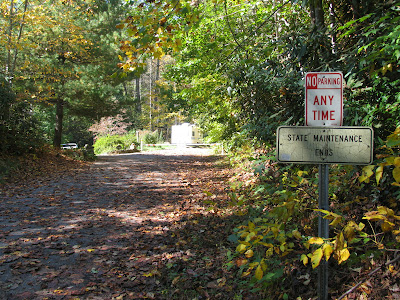 For the most part, the abandoned highway is still in decent shape, there are a handful of small washouts, and in numerous cases overgrowth has shrunk the old 20' roadbed to four-six feet wide. But there isn't really anything 'dangerous' to worry about with the old road. 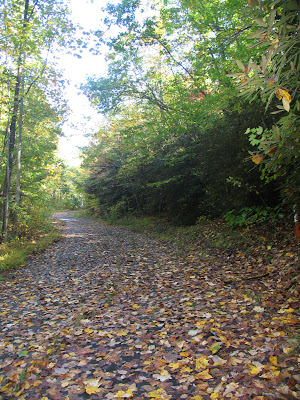 Early in the hike, we encountered this fella, who had no interest in going along to Point Lookout and beyond. 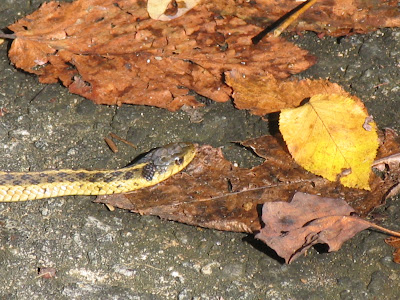 There are not many artifacts from years gone left on the road. Every now and then though, a familiar double yellow line would show up. 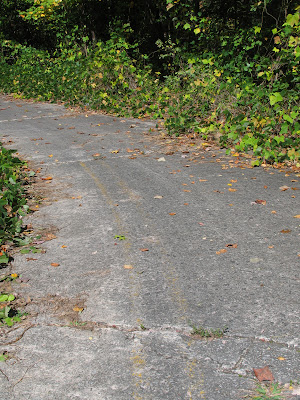 It is very quiet on the trip, and aside from five mountain bikers we came across, the only noise we heard was this Norfolk Southern train whistling by overhead. 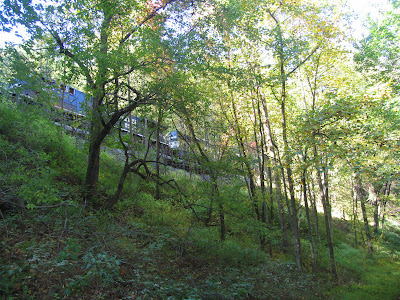 As we approached Point Lookout, we came by one of the rare highway artifacts that we saw on the three mile one way hike. 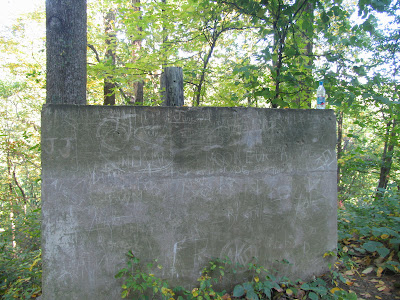 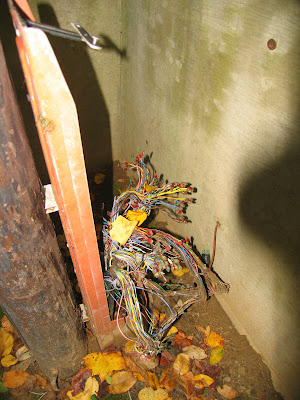 The concrete box protected the telephone junction/switch box from vehicles. The wiring is somewhat modern, Dave said that it resembled wiring and switches from the 1960s.

Point Lookout was the major attraction/stop point when this hill climb was in its vehicular heyday. There is an actual shoulder extending out from the curve at this point and the views of Royal Gorge are impressive. 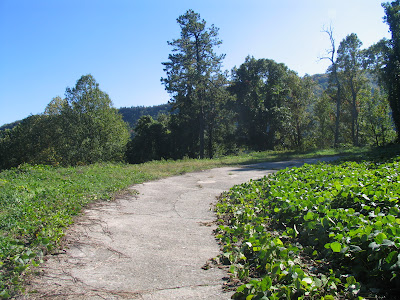 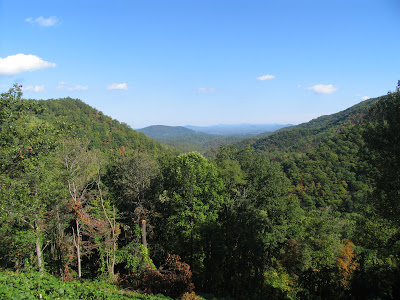 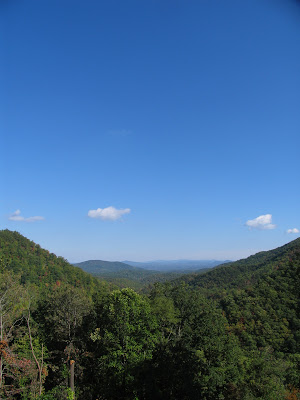 Not far from Point Lookout is where the rail tunnel goes under the old highway. A great post card image of it can be seen here. Today, the growth of the forest surrounding the highway has blocked that clear view of the tunnel going under the highway. However, there is another old highway artifact from years gone by, possibly the original concrete double guide rail. Oddly, attached to the guide rail around the bend was a more modern metal guide rail. 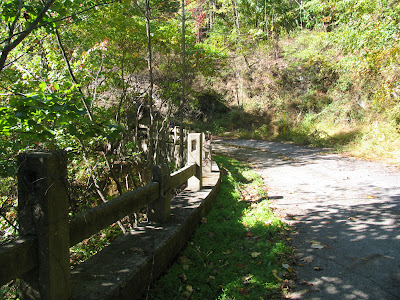 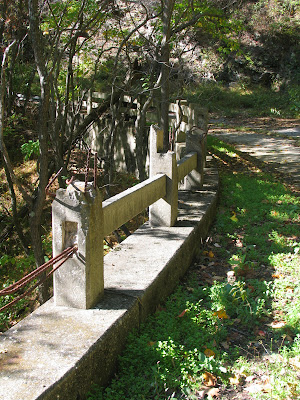 Although the view of the railroad tunneling under the highway is no longer in clear view from the highway, just around the bend is a view of the train going underneath another tunnel. 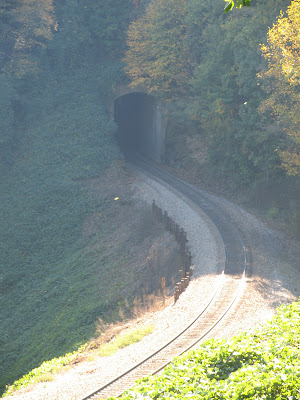 Further up the mountain, what appears to be the remains of a double white center stripe remains. 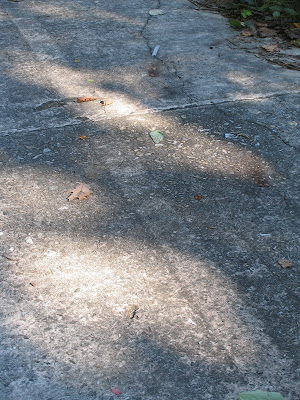 Near the end of the the hike, the former highway's condition does begin to erode. 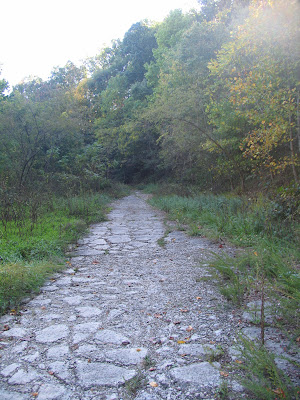 Overall, it took about three hours to hike. Round trip the hike is about six miles. The hike down the mountain is obviously much quicker than the climb up. There may be more remnants of the old highway just off the road and could be worth a more detailed exploration another time. If you wish to hike it, the best access is on the Old Fort side of the mountain (which was our access point). The general hike is pretty safe, but always caution is advised. Below are some other shots from the hike. 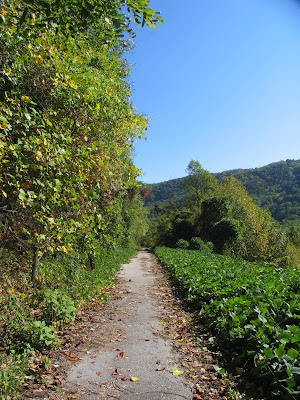 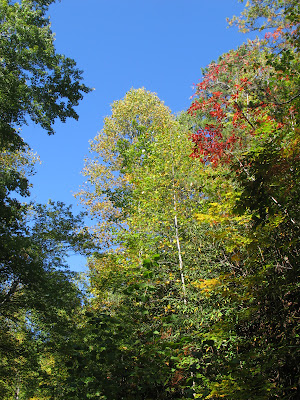 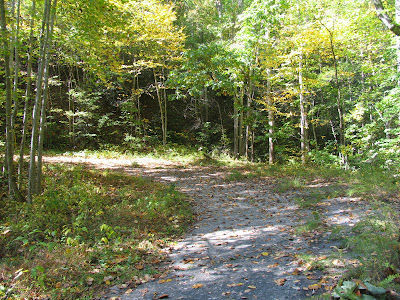 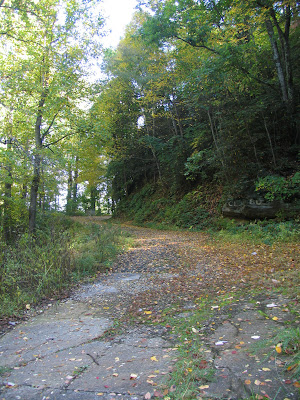 Anonymous said…
Fabulous trip report. I love the photos of the road itself, especially where you show faded striping or crumbling pavement. Makes me wish I could take that hike today.
10:31 AM

Mark Gurley said…
I'm heading that way as soon as the weather warms up a bit.
8:10 AM

Anonymous said…
I heard that this trail is going to become a green-way and will be managed for public recreational use. I have also looked at land maps of this area and it is part of the Great Smokey Mountain National Forest, so it should be a scenic area indeed. Nice article, thanks for posting, can't wait to check it out!
5:40 PM