By Adam April 10, 2007
Headed back to Raleigh from Augusta on Monday the 9th.

Along US 78 around the McDuffie/Wilkes County Line are signs that says D.O.T Widening Proposed Call (phone number) for information. I've never seen that done before. Is this a common practice in Georgia?

Notice that Georgia now signs bicycle routes. They are the standard bike route sign although they do include a direction banner also. I came across bike route 85 on this trip. 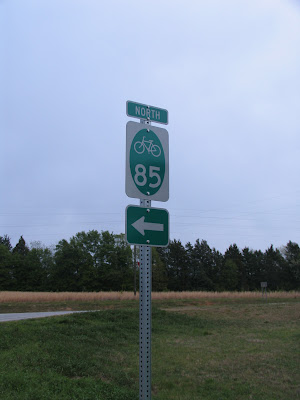 There is a brief detour for GA 77 just north of Elberton. It puts you on a few county roads and as a result. I found a very unique one lane concrete bridge. 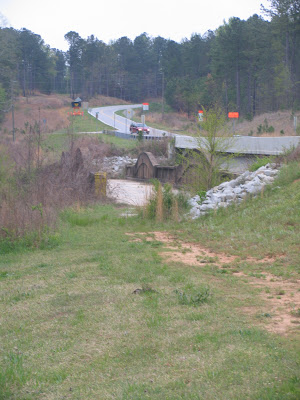 It appears that there no longer are any button copy signs left on Interstate 85 in South Carolina, at least I-85 North.

I-85 between Spartanburg and the North Carolina line is like going back into a time warp. Interchange ramps that includes two way traffic for frontage roads, onramps from a rural route in the middle of nowhere, old railroad overpasses, etc. This was originally a US 29 bypass route built in the late 50s and pre-dates in some parts I-85. Some of the interchanges in the last decade have been improved but it still is a blast from the past.

Checked out the most recently opened section of I-485.

A few things of interest: The newly opened stretch is called Future I-485. Or Future North/South Inner/Outer 485 depending on what sign you see. 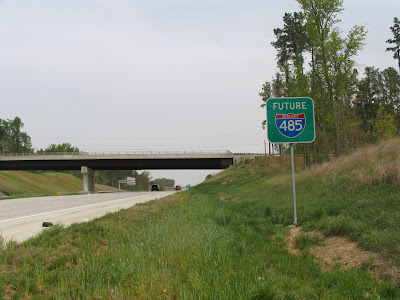 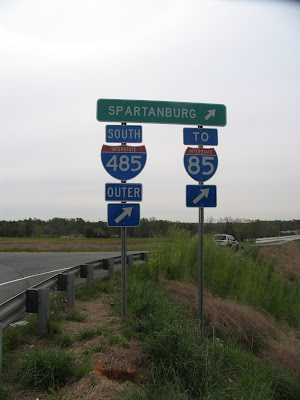 So far the highway is open to NC 27. I also exited at Moores Chapel Road at the diamond interchange that includes two roundabouts at the end of the ramps. It seems that a lot of local motorists are still confused by the concept...or at least what I saw in the three or four minutes I was there. Guide signs are present along Moores Chapel Road at the Roundabouts and include the Future North/South Inner/Outer jumble that you can only find in North Carolina. 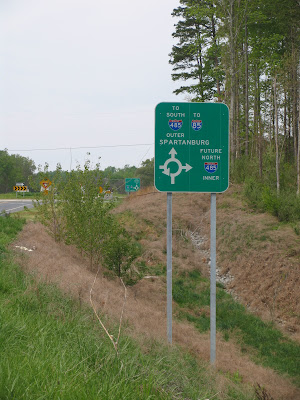 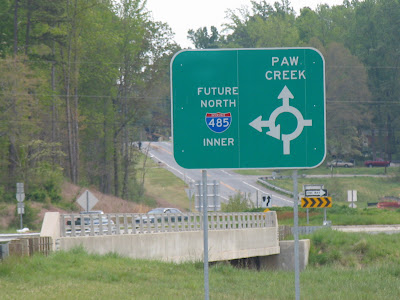 They are now widening I-85 around Spencer from miles 78-82. It looks like this project will go a lot quicker than what appeared to be the never ending widening in and around Salisbury.