A Day in New York: The Biggest Road Map Ever! 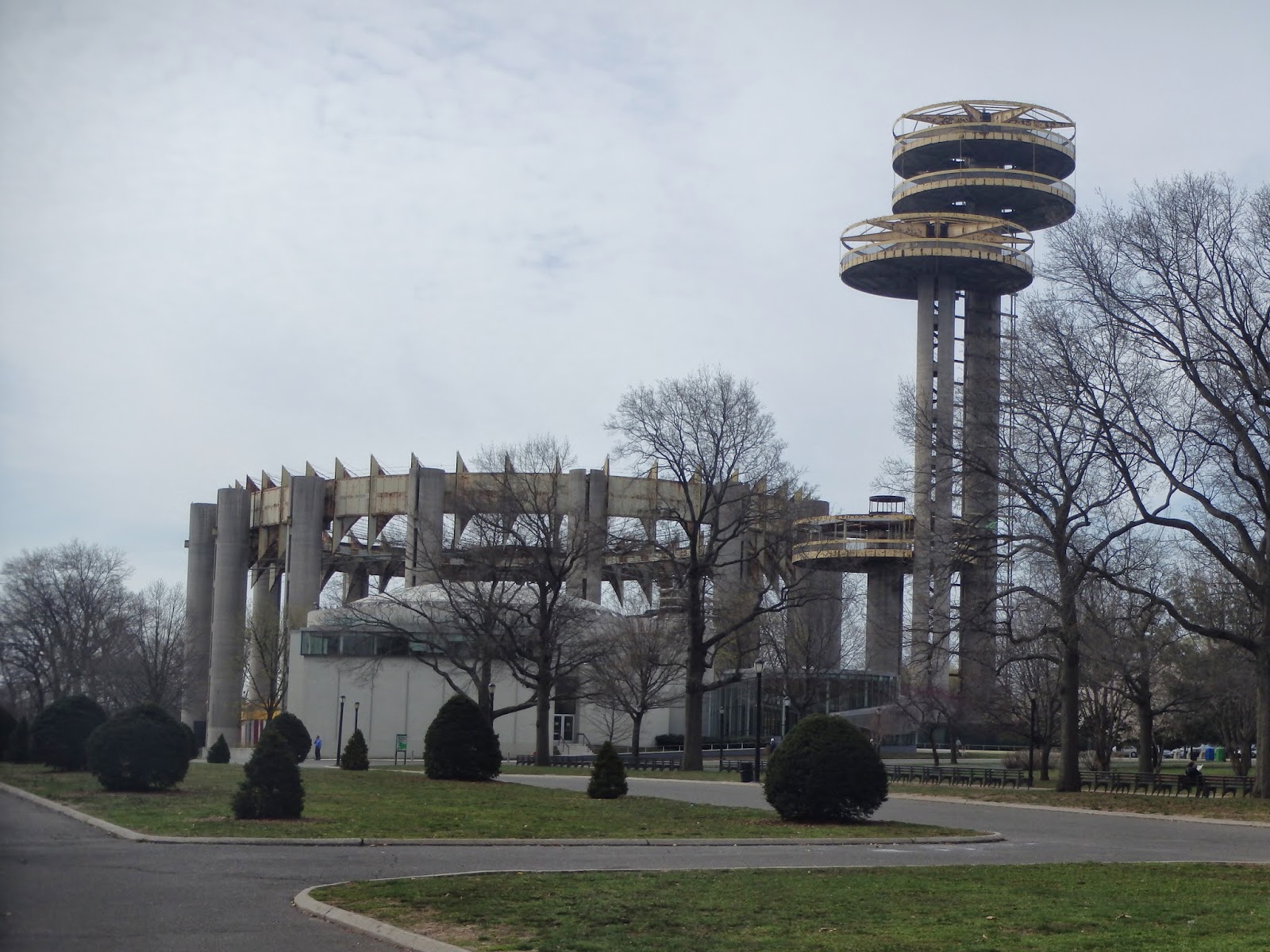 22nd April 2014 was the 50th Anniversary of the opening of the 1964-65 World's Fair in what's now known as Flushing Meadows Corona Park. There has been an active effort to restore the New York State Pavilion. It's an iconic structure, and has the potential to be a great attraction. I'm not just talking out of my hat here: Today's viewing event drew thousands. One of the organisers said they expected like 800 people to show up. My DP and I went-and we got there early- the event started at 11.00am, and we got there at 10, and the line was incredible even then:  we waited on line to get a number for two hours and another hour and a half to get our number called. We left the park at 3.00 pm, and one of my friends from a band said he had gotten his number, and was waiting to get in and wondered if we were still about. This was at 4 pm.

One of the features of the Pavilion is that the floor is a giant NY State roadmap by Rand McNally, and sponsored by Texaco. Sadly, with the neglect of the pavilion, and due to the construction of the map(Terrazo on plywood on sand), the map has deteriorated pretty badly. New York State Pavilion Paint Project has taken steps to prevent further damage to the map by covering it with sand and gravel. Part of the map was taken up and put in storage-the tiles covering eastern Long Island.

Part of today's event featured a display of four of the tiles: 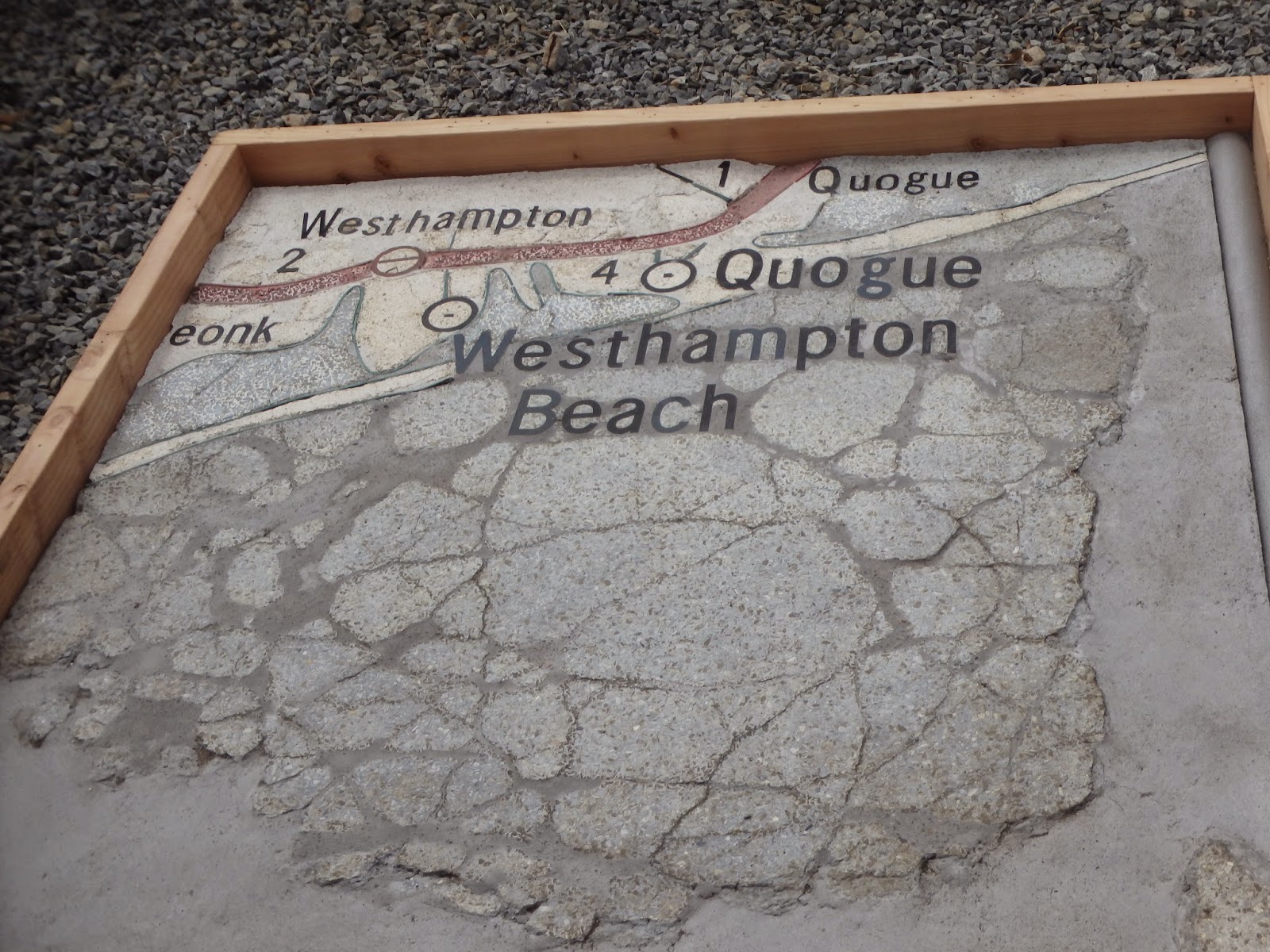 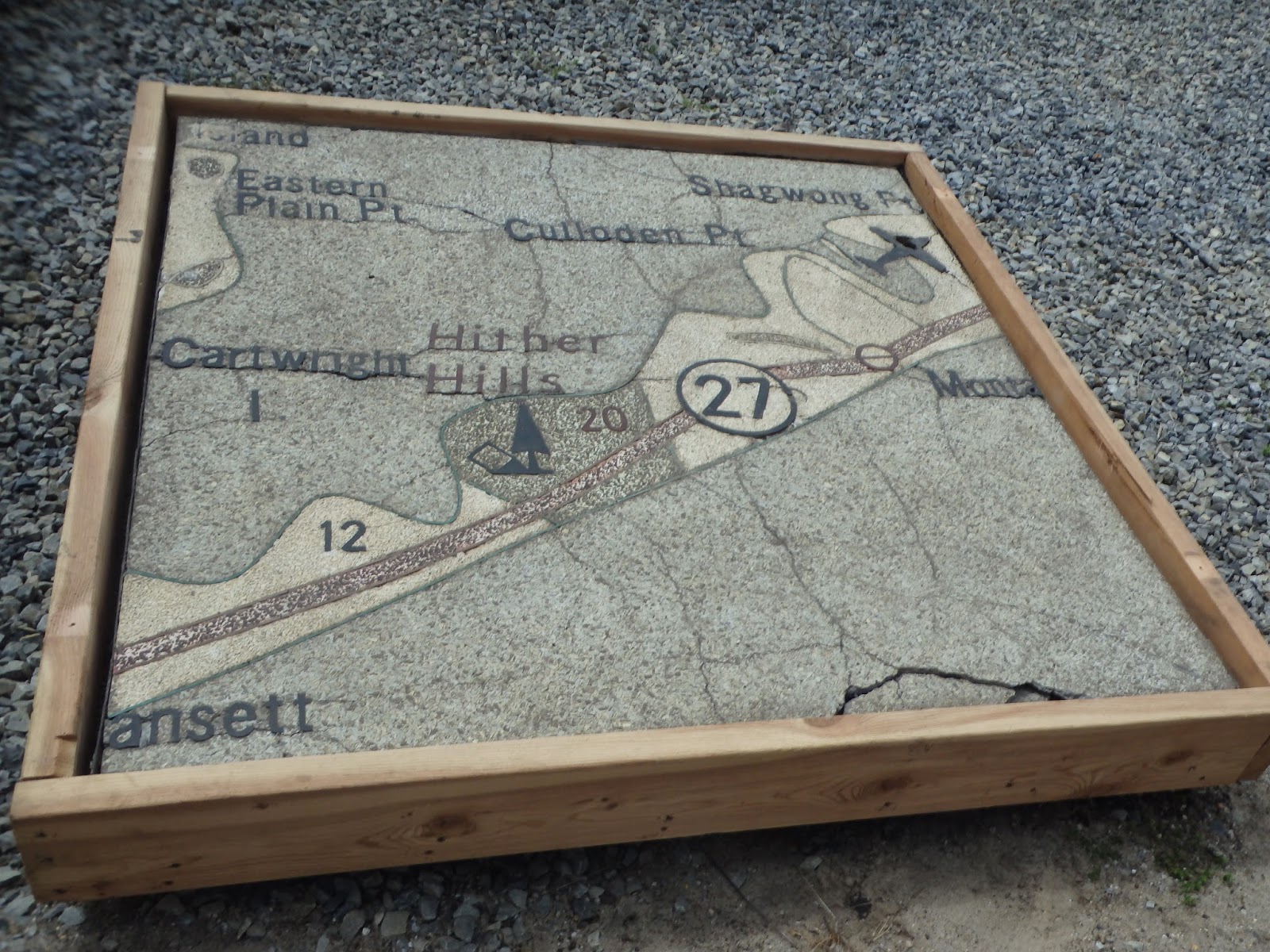 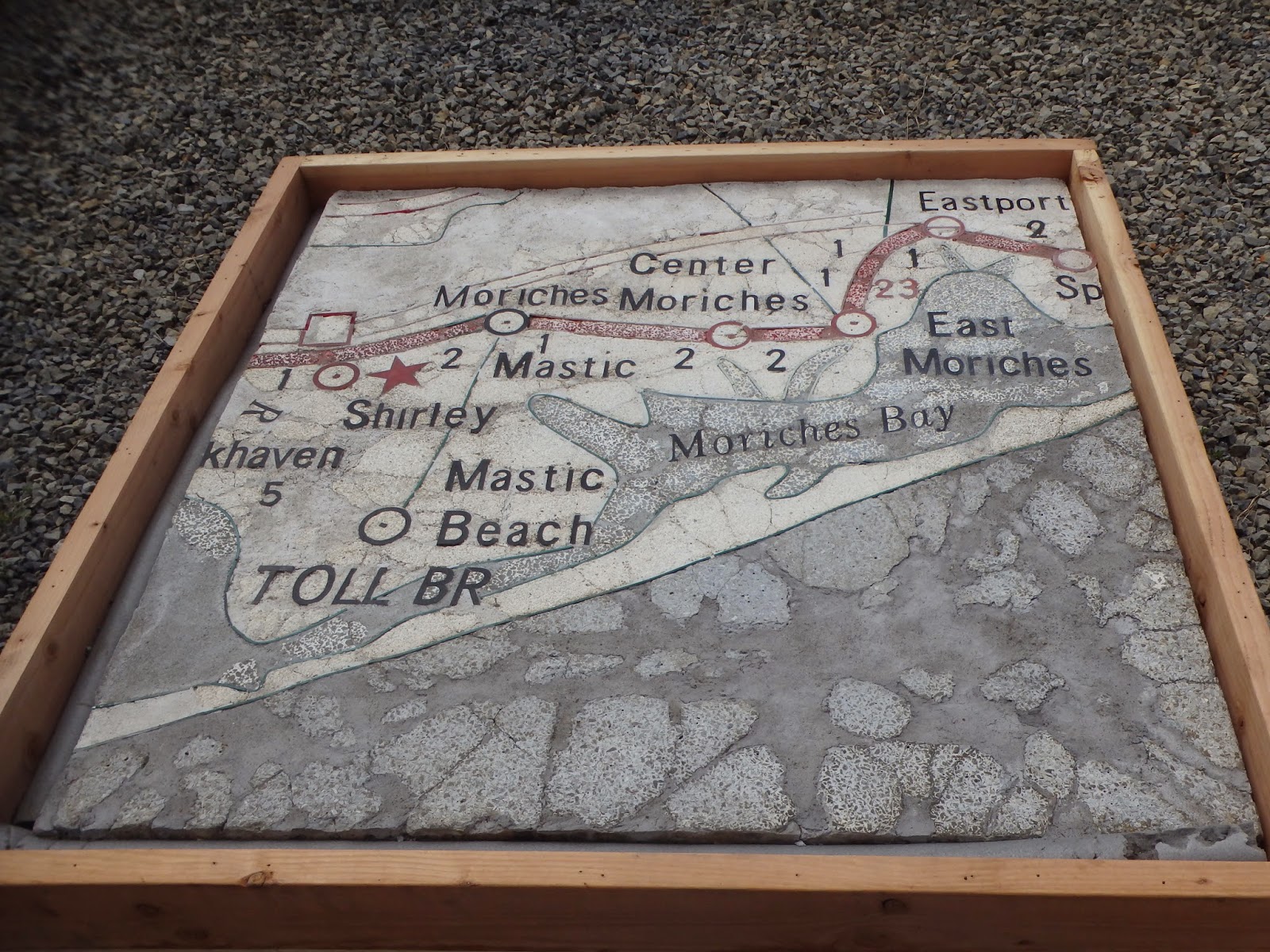 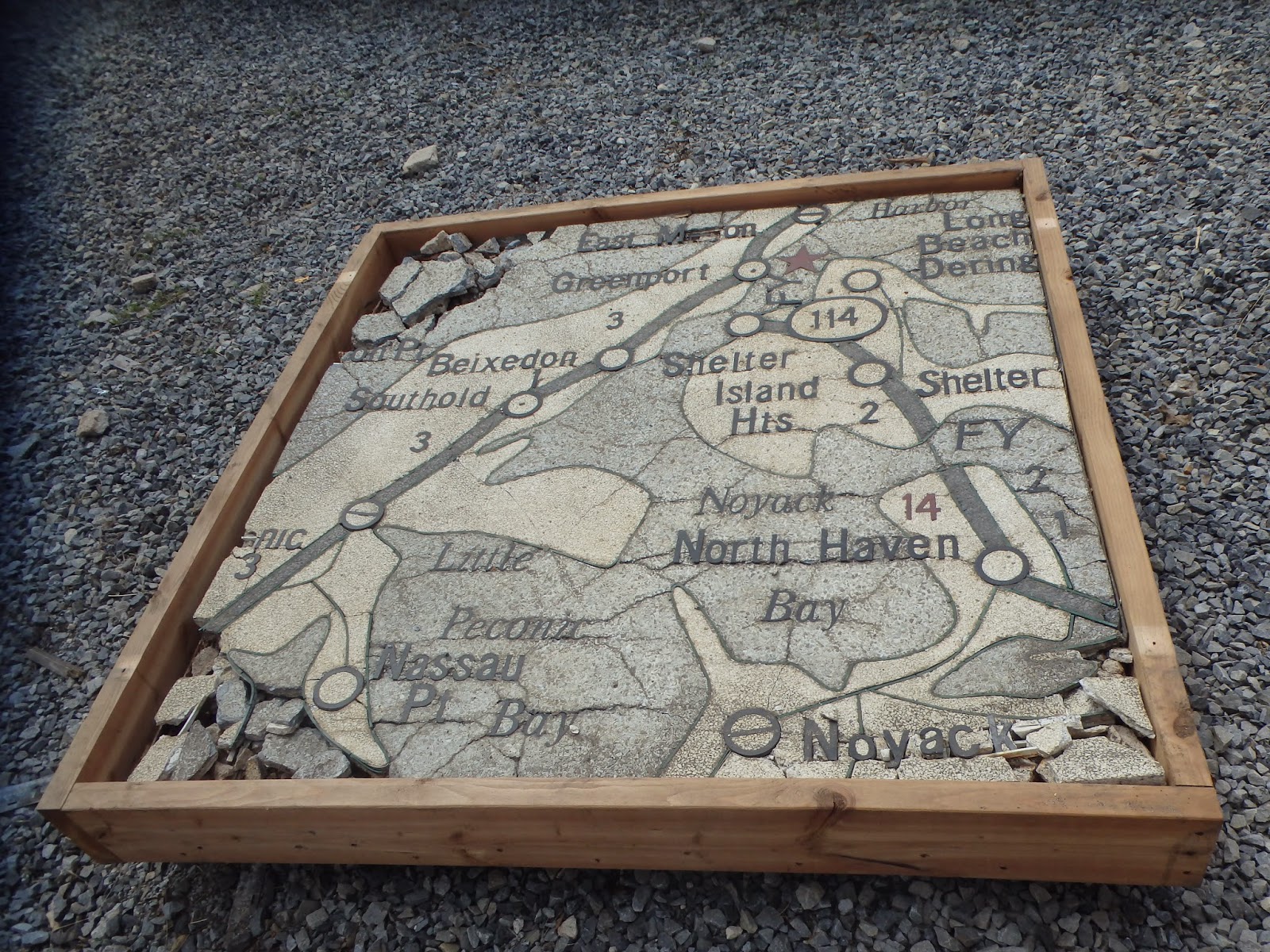 The eventual plan is to restore all of the map(and the rest of the pavilion).

One of the features of Flushing Meadows Corona Park is that it's bounded by the Grand Central Parkway and the Van Wyck Expressway, as well as bisected by the Long Island Expressway, giving the Roads Scholar opportunity to get some decent shots of these roads on foot. 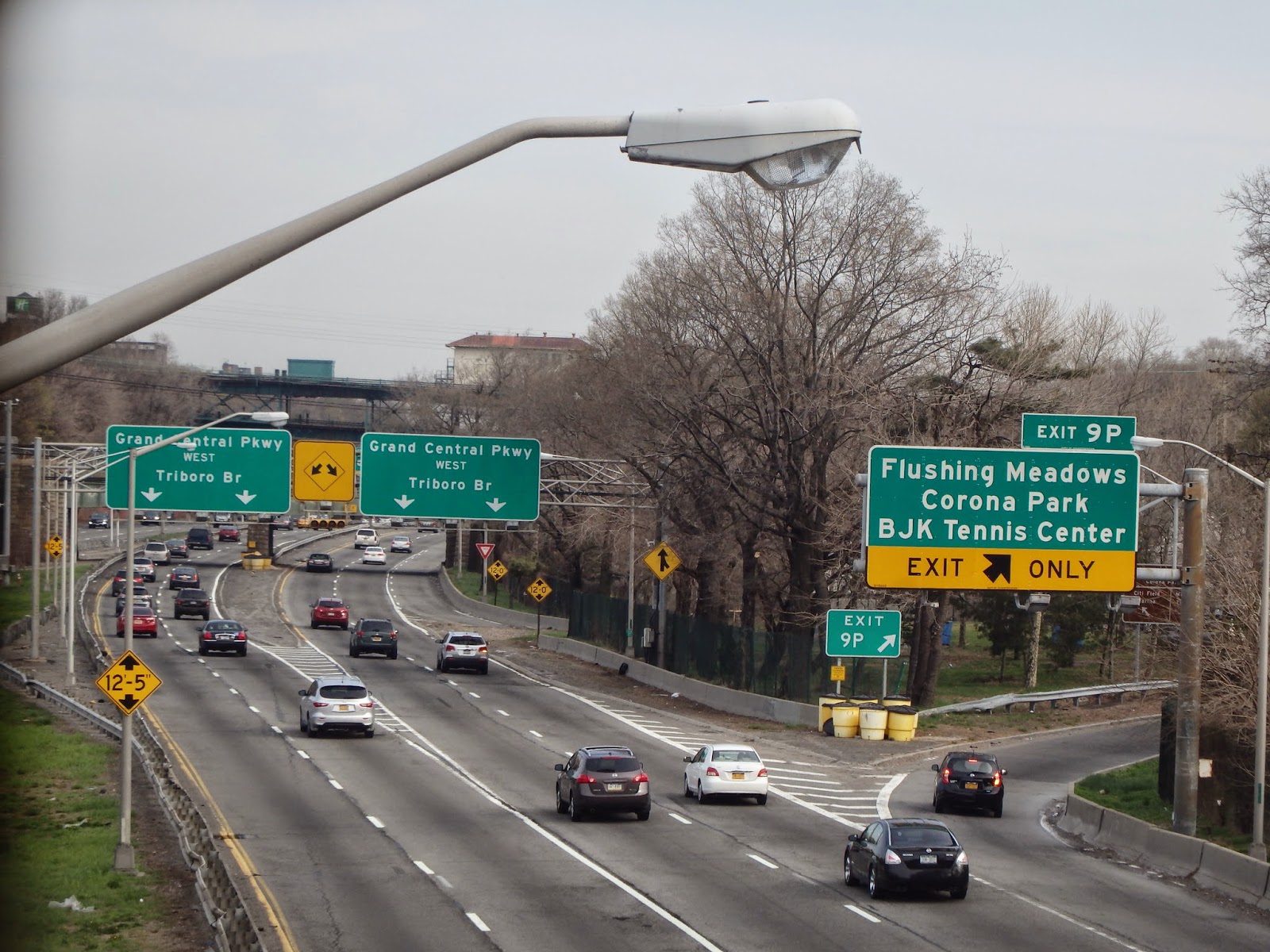 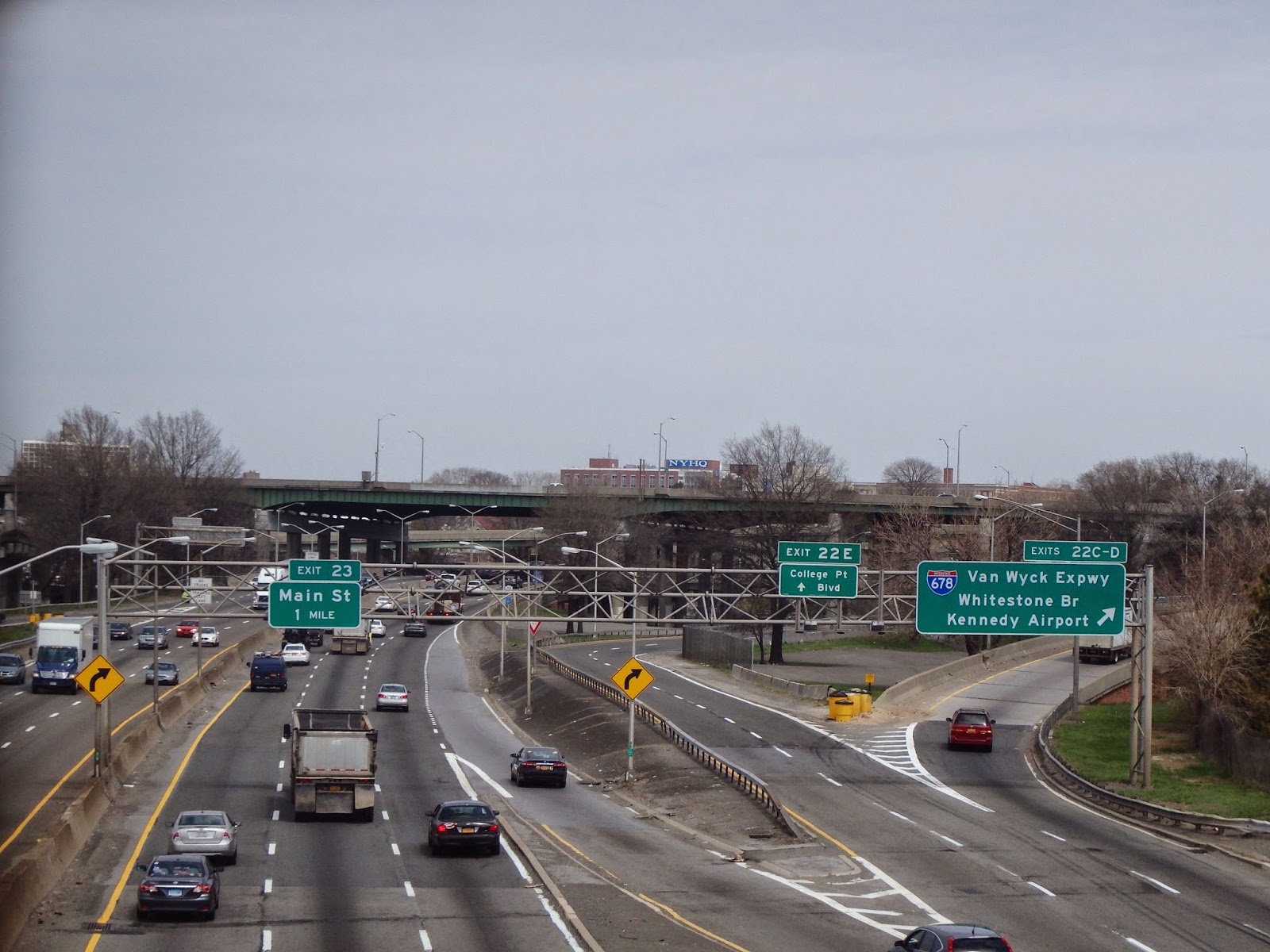