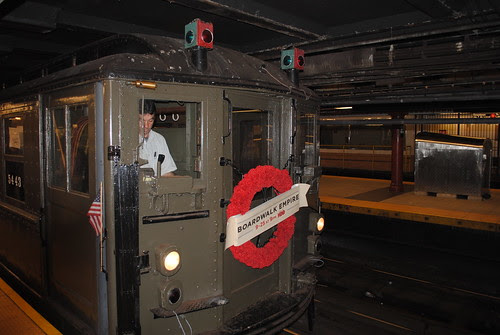 Boardwalk Empires Train pulling into the Times Square/42 St Station on the 2-3 express line
I haven't been doing a lot of road trips lately: My concerns have been elsewhere-I've been spending a great deal of time with a friend of mine who lives in Rego Park, Queens-Heather J. One thing she adores more than any other are the NYC Subways. I can't fault her for that, I like the Subways, as well. I sport a 7 train hat at all times(It's my favourite line).
Recently, the NYC MTA broke out a 1924 train to help promote the HBO television series Boardwalk Empires. I really don't care about television very much, but the opportunity to ride a vintage train is not to be missed. Heather had ridden this train a couple of weekends before(she couldn't wait for me to come round), and she informed me that this was different than the usual nostalgia train-which consists of various vintage cars put together. This was the standard setup for subway cars: a power unit and trailing cars, all of the same vintage. 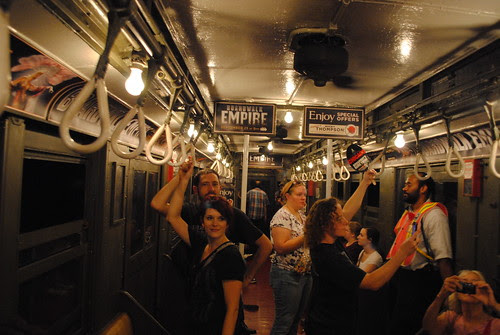 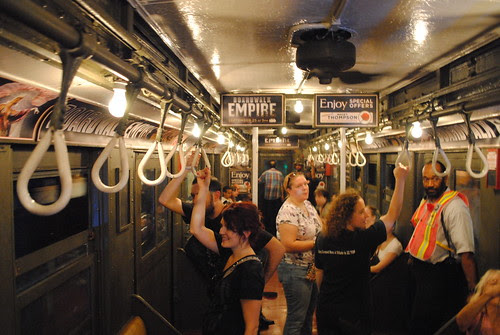 Commuting 1924 style!
Despite the train being old-it's fully capable at travelling at modern speed-which is 55 mph on an express line. The experience is a wee bit different than travelling on a modern train, which is sealed, with air conditioning and sound abatement. It's rather like an amusement park ride-loud and fast: The glass windows were all open and the train rattled like a maraca-making the 55 MPH seem more like Warp 9. It was a blast. 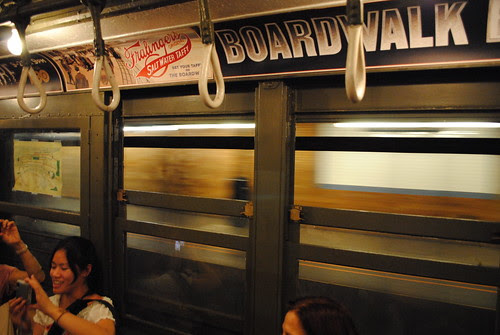 What 55 MPH looks like from a 1924 train
The train ran on the 2-3 line(7th Avenue) from Times Square/42 st to 96 st: Plenty of time to take in the experience of riding an old train. The bonus part of the trip was getting to spend a little time in the 96 st. Station waiting for the return train. Subway stations-especially the underground ones are a hodgepodge of modern and ancient, and you can always watch the current trains coming and going. I don't know the specific train designations(yet), but there are trains built by Bombardier, Alston, and Kawasaki circulating in the system right now, so there's a variety of trains to be seen: Which keeps things interesting. The newest trainsets(R 160B) are manufactured in Yonkers-the factory can be seen from the Metro North Hudson line-along with the newest Subway and PATH cars.
E 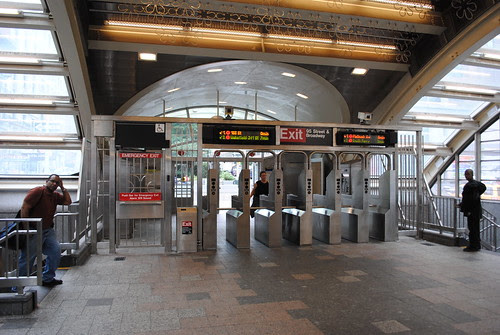 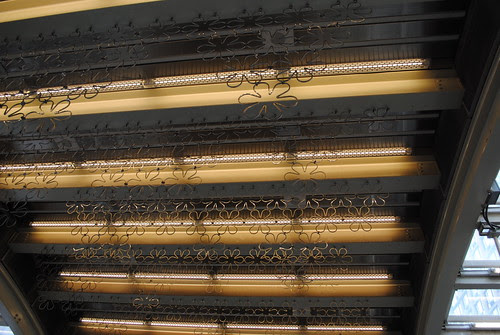 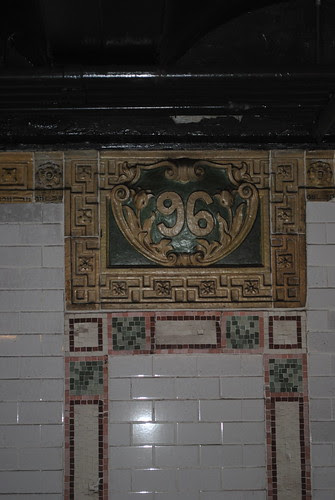 Ancient and modern mix at the 96 st station on the 7th Ave line. 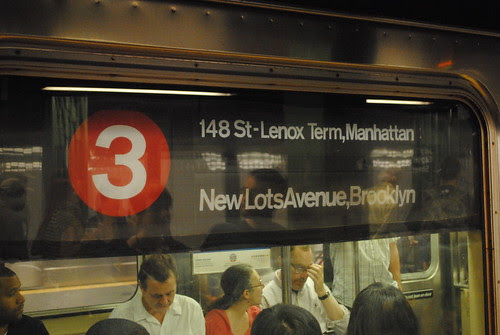 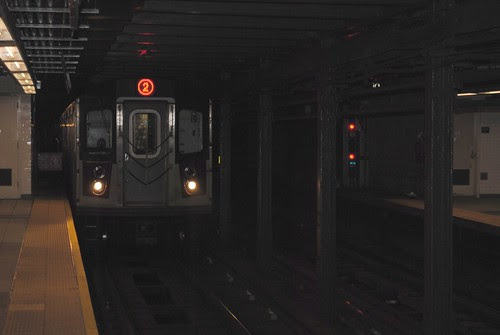 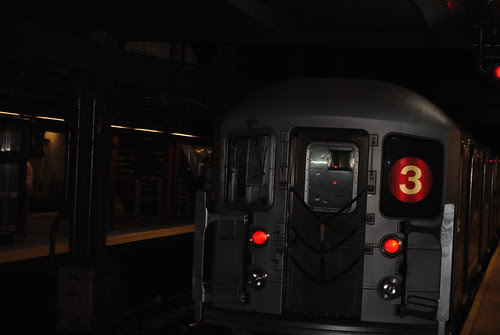 The usual denizens of the 7th Ave line
Even without the special trains, the NYC Subway system is an attraction in and of itself. Even at it's vexing worst, it still beats trying to drive(and especially park) in the 4 boroughs(Burritos!) it serves. It can certainly give you a perspective on NYC that the usual tourist itinerary doesn't.